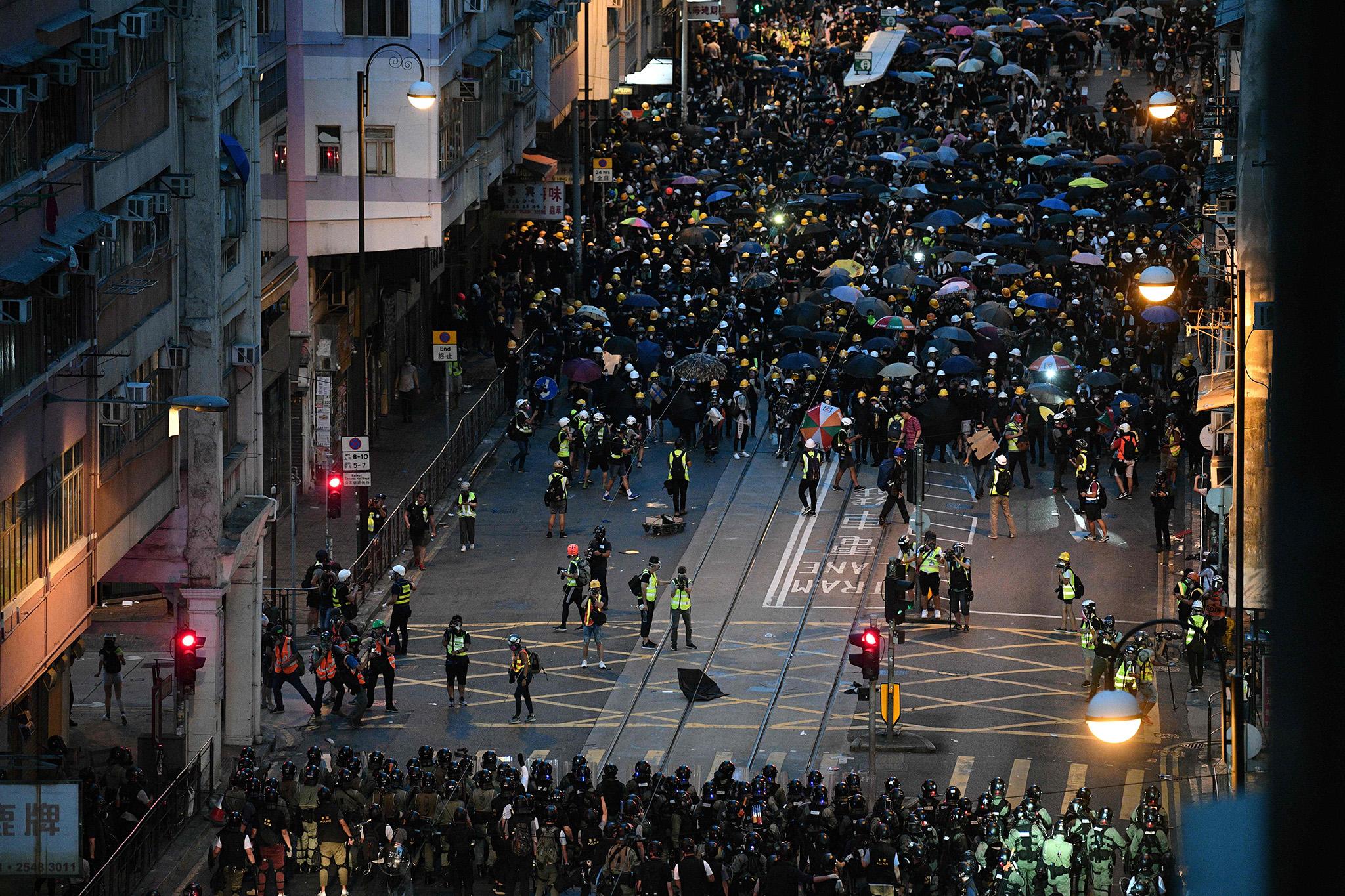 Antigovernment protesters in Hong Kong mounted their fiercest challenge to the police and authorities on Monday 5th of August 2019, thereby disrupting more than 200 airline flights, occupying malls and blocking transportation movement all around the city.

Protesters clashed with police and fought off a group of men armed with poles as the city’s political unrest continues. Riot police fired teargas, rubber bullets, sponge grenades and pepper spray on protesters.

The government has however condemned the unrest, saying in a statement that "blatant violation of law, wanton destruction of public peace and violent attacks on the police will harm Hong Kong's society, economy and our people's livelihood."

Police also accused protesters of using "guerrilla tactics" to disrupt public order and said they had arrested 420 people since the unrest began on June 9.

Hong Kong's Chief Executive, Carrie Lam gave her first press conference in two weeks, calling for an end to the violence that has rocked the city. Lam acknowledged that her attempt to push through the now-suspended extradition bill had been a "failure." She pledged to "engage more, listen more and do more to meet the wishes of Hong Kong."

But in a move that is likely to further anger protesters, Lam refused to resign and said it wasn't within her power to release those who have been arrested during demonstrations -- another demand of the protesters.

Meanwhile, Financial Secretary Paul Chan warned that the risk of recession is rising in Hong Kong -- citing the protests and the global economic slowdown. "The demonstrations in the past two months, and some activities that are brewing will affect people's life and the foundation of Hong Kong's success and hurt the economy. The victims will be the public. Please think it over," he wrote.