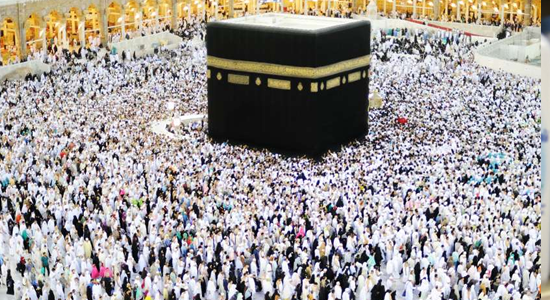 Arrival for 2019 Hajj Concluded with Record of 1.8M Pilgrims

According to the authorities of the kingdom of Saudi Arabia, it has concluded the first stage (arrivals) of pilgrims from across the world via land, sea and air with over 1.8 million people converging in the two Muslim holy cities of Makka and Medina.
During a press conference in Jeddah, on Wednesday, 7th August, 2019, the Director-General of Passports, Major General Suleiman Bin Abdulaziz Al-Yahya revealed that up till 12 noon of Wednesday, 7th August 2019, a total of 1,819,790 pilgrims had come to the Kingdom to perform the annual Hajj rites for the 1440 Islamic calendar, equivalent to 2019 AD.

Also, means of arrival was disclosed to includes 1,708,152 people arriving through airports across the Kingdom, 94,388 through land ports, while 17,250 came through the sea.

He further added that over 300 forged visas were discovered upon arrival of some intending pilgrims.

Al Yahya reiterated the efforts made by the Custodian of the Two Holy Mosques, King Salman bin Abdulaziz Al Saud, as well as other cabinet members in providing all possible resources to ensure the arrival phase of the pilgrimage swift smooth and hitch-free