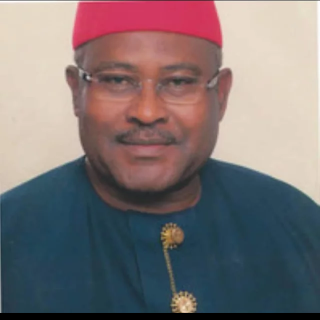 A former military Administrator of Rivers State, Brigadier-General Anthony Ukpo kicked the bucket on Monday morning at age 74 after a prolong illness, as revealed by a close ally, Leonard Anyogu the secretary of Ogoja State Creation Committee chaired by late Ukpo. The deceased hailed from Yala Local Government Area in Cross River State, Ukpo was the Information Minister during the regime of Gen. Ibrahim Babangida and retired from the Nigerian Army in 1993.

During his active service life, he attended Military courses in the United Kingdom, United States of America, Israel, and Lebanon. He served in various command and staff positions both in the Nigerian Armed Forces and the United Nations Forces Operations in Lebanon.

Ukpo was appointed Minister of Information of the Federal Republic of Nigeria in August 1985. In 1986, he was appointed the Military Governor of Rivers State (Present-day Rivers and Bayelsa State). In 1989, he was appointed Principal Staff Officer (Civilian equivalent of Chief of Staff) to President Babangida.