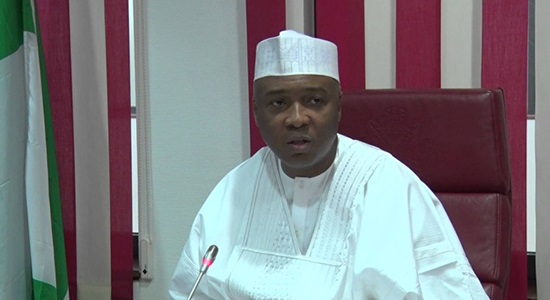 President of the Senate, Dr Bukola Saraki, has assured Nigerians that the present efforts at amending the 1999 Constitution will not be in futility. Saraki gave the assurance when he featured on Newsmen Forum in Abuja. The Senate president said the 8th National Assembly have learnt from the mistakes of previous assemblies whose efforts amounted to waste time and resources because the amendment was not endorsed by the president.

He said: “unlike in the past when all amendments were lumped in one bill, the ongoing amendments have been broken into about 33 bills’’.

Saraki explained that the lawmakers decided to commence the constitution review process early in the life of the parliament to prevent the exercise from dovetailing into elections period.

He also pointed out that more consultations were being carried out at all levels to get the views of Nigerians on the process, especially the disputed clauses.

"I think we learnt from the experience of the past on some of the things that need to be done to make the amendment a success.” You know it is not an easy task to review the Constitution.

"Of course, you know it is a two-third majority of the lawmakers that is needed for it to pass; in fact, in some cases, it is more than two-thirds.’’

“What we have been able to do is to have the political will to make it happen. They are not new amendments.”

"In the 7th National Assembly, some of those amendments were made, but unfortunately, they never got implemented and one of the things we learnt was not to keep the process until very late.

"One of the mistakes we made in the 7th Senate was to leave it till the dying hour of the tenure. So this time around, we promised we will do early to have time to see it to a conclusion.”

Also, what we did was to consult a lot with state assemblies. They were part of the process and we ensured that we had a kind of joint report with the House of Representatives,” he said.

Saraki said he was hopeful that the 8th National Assembly would break the jinx.