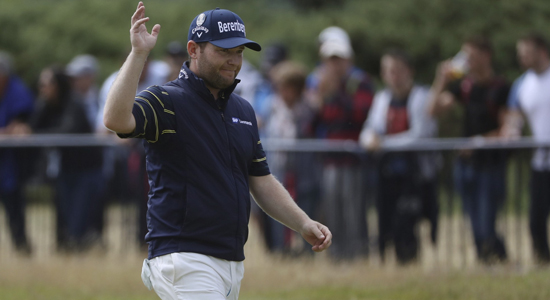 South African Branden Grace has smashed Golf record by shooting the first round of 62 at a men’s major championship, at the British Open.

In the 442nd major championship, Grace on Saturday achieved what the greats of the game could not in 157 years of trying and cracked the previous best of 63, which had been achieved 31 times. In 2015, Grace had also hit the 63 mark on the Opening day of the HSBC Champions in Shanghai.

American Johnny Miller was the first player to make 63 in a major, when he won the 1973 U.S. Open.

Grace, ranked 35th in the world, made eight birdies in his bogey-free, eight-under-par third round at the par-70 Royal Birkdale course.

After making birdie on the par-four 16th and par-five 17th, Grace needed just a par on the final hole to break the record — which he did with two putts.

The South African said he might have been helped by being unaware of the fact that he was in with a chance of making history.

“I didn’t know what was going on 18, I promise you,” he told reporters.

“I honestly didn’t. You know, I was just so in the zone of playing, hole after hole. I knew I was obviously playing really well, and making the turn in five-under was pretty special.

“I thought if I could make a couple more on the back nine, then it’s going to be a great score. I had no idea that 62 was obviously the lowest ever,” he added.

The 29-year-old said that his caddie, Zack Rasego, had been the first to break the news to him.

“Zack came up and said, “You’re in the history books.” And I was like, ‘What are you talking about?’ Now it makes the day even sweeter,” he said.

After Friday’s windy and rainy conditions, the course on the Lancashire coast was more placid on the third day, and with the soft greens and a generous set-up, there were plenty of players heading for low scores.