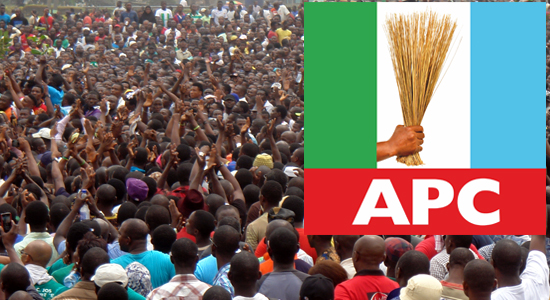 The All Progressives Congress ( APC) has won the council election held in all the 20 Local Government Areas and the 37 Local Council Development Areas ( LCDAS) on Saturday.

Victory continued for the ruling party in Epe LG with the APC getting 21401 votes and LP getting 948 votes. APC emerged victorious in Lagos Island East LCDA with 9060 votes while PDP got 1128 votes. In Badagry West, APC swept the LCDA with 5300 votes leaving PDP with 935 votes.

In Agboyi-Ketu LCDA, APC got 10,701 votes, while PDP got 1,759 votes. Other results were being awaited as of the time the paper went to bed.

The APC had earlier won both the chairmanship and councillorship elections in Ward A6, Polling Unit 033 located in Ogunmodede College, Papa Epe, where the State Governor, Mr. Akinwunmi Ambode voted.

At the end of counting of the votes cast, the results showed that the APC polled a total of 299 votes for the chairmanship election as against one polled by the Labour Party and zero vote polled respectively by the Peoples’ Democratic Party and Accord Party.