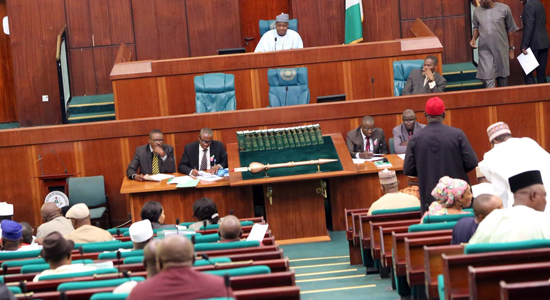 The House of Representatives on Wednesday asked the National Drug Law Enforcement Agency (NDLEA) for identities of informants whose tip-off led to raid on former First Lady, Patience Jonathan’s property.

The House’s Committee on Public Petition gave the order on Wednesday in its session on a petition on incessant harassment of herself and family sent to it by the former first lady.

The committee also summoned the Economic and Financial Crime Commission (EFCC), Federal Inland Revenue Service (FIRS) and the Police to appear as defendants in the petition.

A Director in the NDLEA, Mr Femi Oloruntoba, had told the committee at the hearing that the agency got a tip-off from an unnamed source that the property located at Igbeti Rock Street, Maitama, Abuja, was being used for illicit drug activities.

According to Oloruntoba, the officer who met two occupants of the premises provided them with a search endorsement form, which they endorsed indicating that the search was conducted without any damage to the property or loss of items.

He said that the agency was not aware that the premises belonged to the former first lady, adding that a letter was written by a solicitor on behalf of a man who claimed to be the owner of the premises.

Consequently, the committee requested NDLEA to provide it with the identity of the claimed source before the next adjourned date.

The legal team from Granville Abibo & Co. led by Mr Sammie Somiari, who petitioned the lower chamber on behalf of Mrs Jonathan, had earlier told the committee that it would adopt the initial petition as its brief in the matter.

Somiari added that additional documents were available to substantiate whatever they had raised in the petition.

He said the respondents, including the mentioned agencies, had engaged in wanton attacks on the former first lady and her relations.

He cited different media reports and newspaper headlines as pointers to the allegation of attacks on Jonathan.

He said “the EFCC has serially orchestrated a design to freeze the personal accounts of Mrs Jonathan, her siblings and other relations and associates

“A case in point is one Aridolf Jo Resort Wellness and Spa Ltd off Okota Estate and Finchley Top Homes Limited which were all shut down without any justifiable reason by the EFCC with their accounts frozen.”

News Agency of Nigeria, NAN, reports that the committee asked its secretariat to send reminders to all agencies joined in the case that were yet to appear to provide documents regarding their role in the matter.