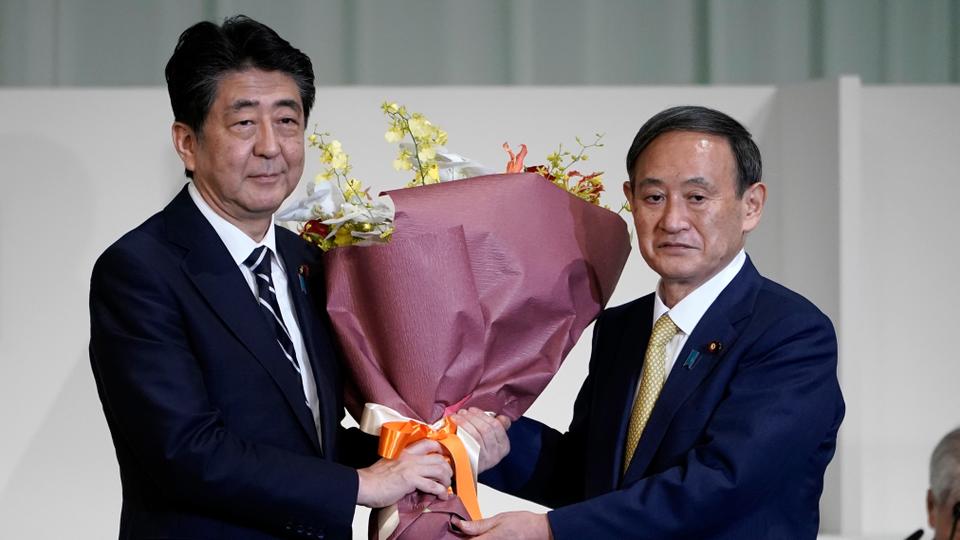 Shinzo Abe and his Cabinet have resigned following health problems and Yoshihide Suga has been elected as Japan's new Prime Minister following a vote in the country's Parliament on Wednesday. The former cardboard factory worker and head of the ruling Liberal Democratic Party (LDP) replace outgoing leader Shinzo Abe, Japan's longest-serving Prime Minister, who announced his intention to resign in August due to health problems related to colitis a non-curable inflammatory bowel disease that he was able to manage for most of his tenure.

The 71-year-old head of the ruling Liberal Democratic Party (LDP) was elected LDP leader on Monday with about 70% of the votes, but he still required the backing of the country's national legislature, the Diet, before he could officially become Prime Minister. He won the Diet vote with 314 out of 465 votes in the lower house and 142 out of 240 votes in the upper chamber.

Shortly after his confirmation, the new Prime Minister announced his cabinet line up, which included a large number of former Abe appointees, likely to promote the impression of stability and continuity between the two leaders. Foreign Minister Toshimitsu Motegi and Finance Minister Aso Taro will continue in their roles, while Abe's Health Minister Motonobu Kato was promoted to the important post of chief cabinet secretary -- a combination of the chief of staff and press secretary.

Former Prime Minister's Abe's brother Nobuo Kishi will take the role of Defense Minister under Suga. In total, there are only two women in the cabinet. Suga is expected to be sworn in by Emperor Naruhito at the Imperial Palace in Tokyo on Wednesday afternoon.

The appointment of Suga as Abe's replacement isn't surprising. Suga was the former Japanese leader's right-hand man during Abe's almost eight years in office throughout his second term, holding the position of chief cabinet secretary in his government.

Suga is known as a successful political operator, who can get things done, and worked hand-in-hand with the former leader to implement "Abenomics" -- a series of economic policies designed to boost Japan's flagging economy. In fact, Suga is so closely tied to the former Prime Minister that Kazuto Suzuki, a vice-dean and professor of international politics at Hokkaido University, described him as an "Abe substitute."

However, the new prime minister will inherit a range of challenges, including relations with China, which continues its assertive actions in the contested East China Sea, and what to do with the Tokyo Olympics, which were postponed to next summer due to the coronavirus. And he will have to establish a good relationship with whoever wins the U.S. presidential race.