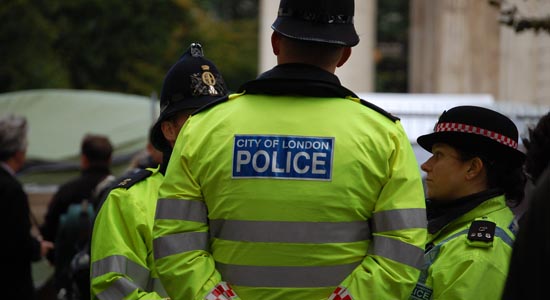 Parts of central London are on lockdown as Police shot a man suspected to be terrorist after several people were stabbed on London Bridge.

According to Footage circulating on social media showed members of the public holding a man having disarmed him of his knife after attacking people with it.

The chief of UK's counter-terrorism policing Neil Basu confirmed that a number of people have been stabbed.

"At approximately 2 pm today, police were called to a stabbing at premises near London Bridge.

"Emergency services attended including officers from the City of London Police and Metropolitan Police.

"A male suspect was shot by specialist armed officers from City of London police and I can confirm that this suspect died at the scene."

He added that "the device strapped to the body of the suspect is a hoax explosive device".

Civilians were told to get back as armed officers aim their weapons at the suspect, who is shot at point-blank range.

Uk's PM, Boris Johnson tweeted: "I want to thank the emergency services and members of the public for their immense bravery in responding to this suspected terrorist attack at London Bridge.

"This is an apalling incident and all my thoughts are with the victims and their families."

Mayor of London Sadiq Khan said members of the public showed "breathtaking heroism" as he said nobody can divide one of the most multicultural cities in the world.