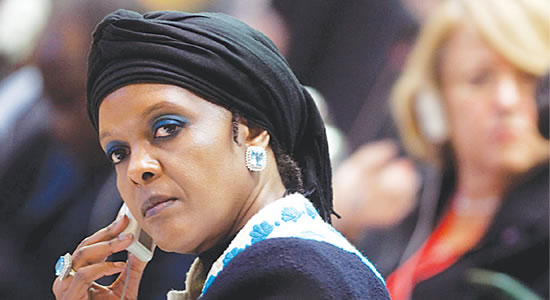 South Africa has granted diplomatic immunity to Zimbabwe first lady Grace Mugabe, allowing her to return to Harare and avoid prosecution for the alleged assault of a 20-year-old model, a security source said on Friday. The source also told Reuters that Mugabe, 52, had failed to appear in a Johannesburg magistrate's court on Tuesday under an agreement struck with police because of fears she might be attacked.

"There are a lot of exiled Zimbabweans in South Africa," the source said.

The South African Police Minister had on Thursday said the country’s police was on “red alert” at the borders to prevent Mrs. Mugabe from escaping after she failed to turn herself in.

It appears her husband, Zimbabwe’s President, Robert Mugabe, may have influenced the diplomatic immunity extended his wife as he was in the country ahead of a southern African head of state meeting due to start on Friday.