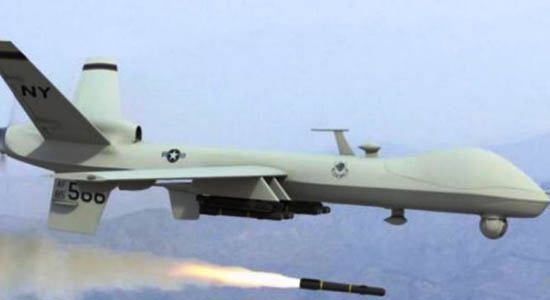 The U.S. military in Africa has confirmed that it killed one of Somalia’s top jihadis in a July strike, a setback for Al-Shabab, an Al-Qaeda affiliate based in East Africa. Ali Muhammad Hussein, known as Ali Jabal, was killed in a “successful kinetic strike” conducted in southern Somalia on July 30, according to a statement from the U.S. Africa Command (AFRICOM).

Jabal oversaw Al-Shabab’s operations in the capital city of Mogadishu and led forces across two regions in southern Somalia. Al-Shabab has increased its attacks in recent months, particularly in the capital, using suicide bombers and vehicle-borne explosives to attack military, political and civilian targets.

Al-Shabab is waging war on the Western-backed Somali government in Mogadishu. Several dozen U.S. troops are deployed in Somalia in an advise-and-assist capacity, and U.S. security advisers regularly call in airstrikes on Al-Shabab leaders and training camps.

Daily Emails and Alerts - Get the best of Newsweek delivered to your inbox “[Jabal’s] removal disrupts Al-Shabab’s ability to plan and conduct attacks in Mogadishu and coordinate efforts between Al-Shabab regional commanders,” said the AFRICOM statement.

Related: Al-Shabab has overtaken Boko Haram as the deadliest militant group in Africa President Donald Trump has signaled a renewed intent to destroy Al-Shabab. In March, the president authorized a loosening of restrictions for U.S. airstrikes in Somalia, designating parts of the country as areas of active hostilities and permitting strikes on Al-Shabab targets with less high-level vetting.

In April, the U.S. administration deployed a few dozen regular troops to Somalia for the first time since 1994.

The last deployment ended in disaster; U.S. soldiers participating in a humanitarian mission in Somalia clashed with militiamen in the so-called Battle of Mogadishu in 1994. Eighteen American soldiers, a Pakistani soldier and a Malaysian soldier were killed, as well as hundreds of Somalis.

No civilians were killed in the strike, the AFRICOM statement said. The strike was conducted in cooperation with regional partners in direct response to recent Al-Shabab attacks.

A U.S. Navy SEAL, Kyle Milliken, was killed in a May raid against Al-Shabab, the first American casualty in Somalia in more than 20 years. But U.S. officials have insisted that American troops are not deployed in a front-line role.
(Newsweek)