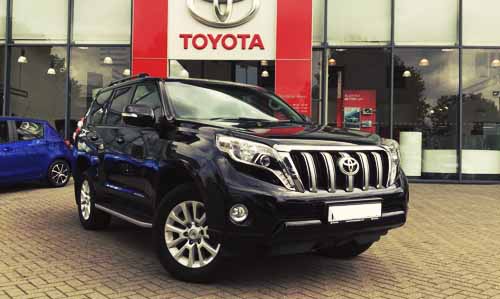 Toyota Set To Halt The Productions Of The Land Cruiser

Popular Japanese multinational automotive manufacturer Toyota has said that there are plans in place to discontinue the production of the Toyota Land Cruiser after 2022.

The Toyota Land Cruiser which has been in production since 2007 and only received a mild refresh in 2016, is an outdated piece of machinery. At $85,000, it’s arguably overpriced as well. And, as of 2022, the Land Cruiser will be exiting the market.

The SUV has been in an odd stasis; it’s too low-volume to update, but too venerable and profitable to drop from the lineup. In addition, the Land Cruiser is expensive. That is why Toyota created a more premium Lexus brand and the Land Cruiser’s position makes even less sense when you can buy virtually the same car in Lexus LX 570 form for only a few thousand dollars more.

According to Jonny Lieberman, he said the SUV is "expensive and hard to sell. Especially because Toyota has spent ZERO DOLLARS marketing their best product for several decades straight. 3,000 or so people a year buying a hand-built, over-engineered, off-road luxury masterpiece apparently ain’t enough."

A smart move might be to move the Land Cruiser nameplate to a smaller, cheaper vehicle — perhaps the next-generation Land Cruiser Prado (known here as the Lexus GX).

Even superficially paring down the Land Cruiser with the Heritage edition felt refreshing. Going downmarket would bring the Land Cruiser more in-line with Toyota’s other off-roaders like the Tacoma and the 4Runner, and put that off-road capability in front of the booming market that would use it.