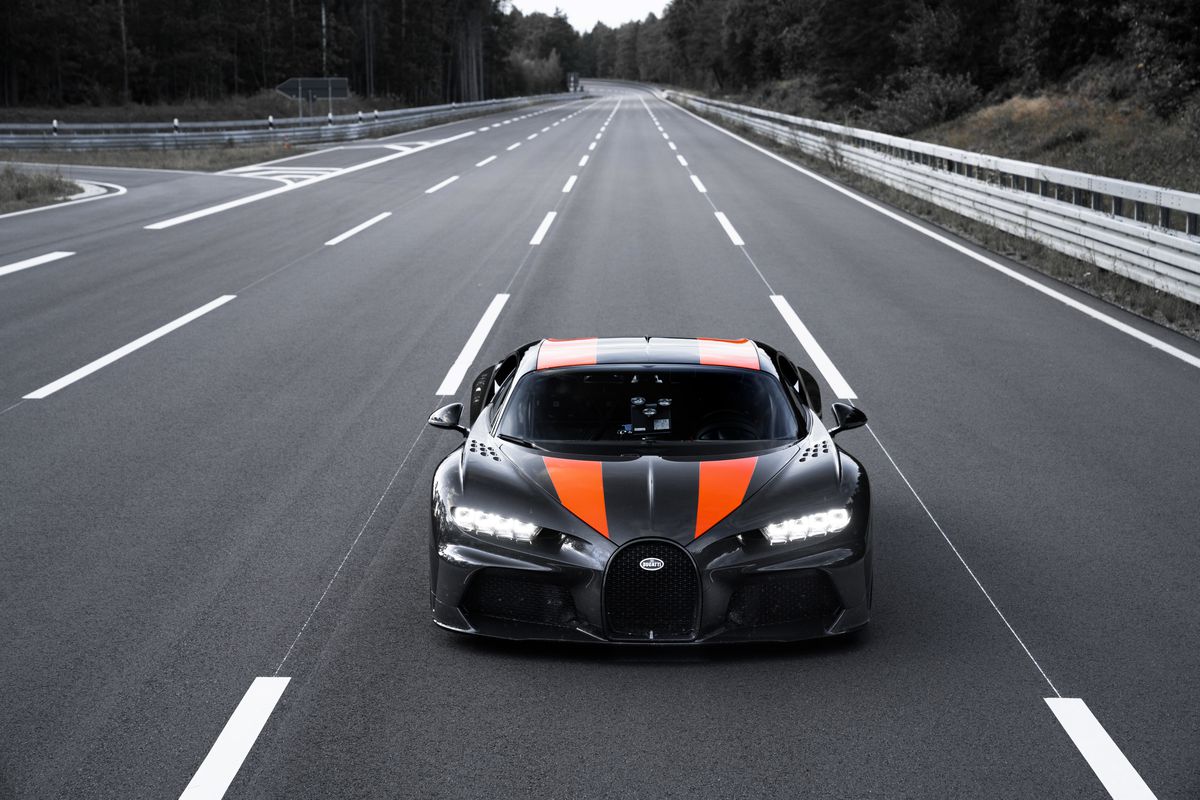 On Monday, Bugatti announced that a modified Chiron prototype has smashed through the 300mph barrier. Bugatti test driver, Andy Wallace hit a vmax of 304.77mph (490.48kph) in a go-faster Chiron at Ehra-Lessien, becoming the first hypercar to break 300mph.

Over the past six months, a team of engineers from Bugatti, Michelin and chassis wizards Dallara set about creating a car that can break the 300mph barrier.

For years, Bugatti boss Stephan Winkelmann said the French automaker wasn't interested in a Chiron top speed run and that no tire could handle such speeds. In August, Winkelmann said he was now open to a 300 mph-plus Chiron.

In August Bugatti unveiled the $8.9 million Centodieci, a Chiron variant that evokes the EB110 supercar from the '90s. It was sold out when the cover came off.