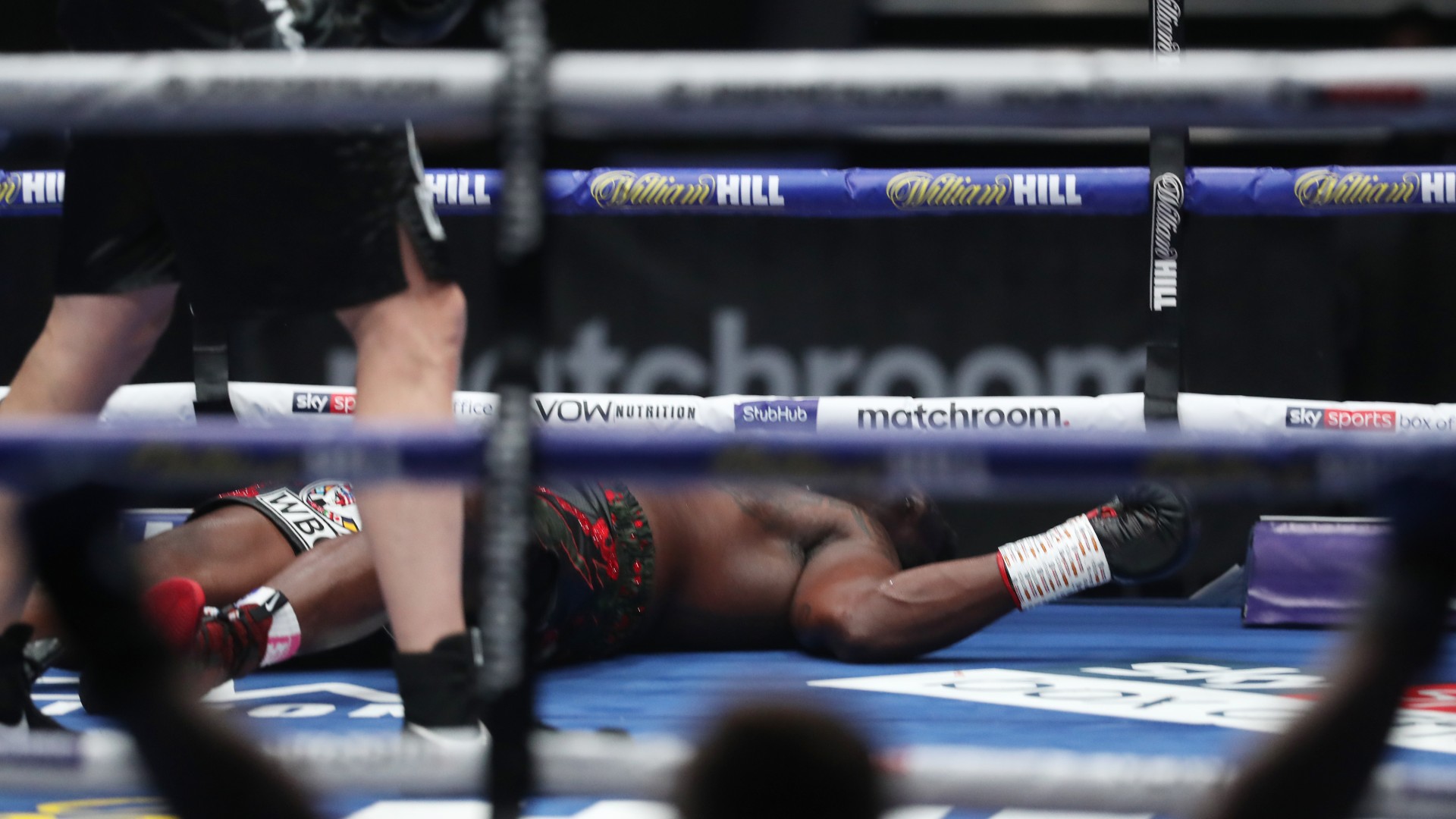 Dillian Whyte's world heavyweight title dream was left in tatters after a second career defeat by Alexander Povetkin in a sensational fifth-round knock-out.

Whyte had dominated the opening four rounds and twice sent the 40-year-old Russian to the canvas. But Povetkin turned the fight on its head with a ferocious left uppercut that ended the fight in an instant.

"I didn't feel I would finish the fight like this but I was pretty confident in the fourth round," Povetkin told Sky Sports.

"I went down twice but it was OK. It was not too much damage.

"I was watching his fights and I see that he was missing uppercuts from the left and from the right.

"All my training I trained for those shots and it was definitely one of the best punches of my career."

Whyte, the WBC's number one contender for over two years, knew he could not afford any mistakes behind closed doors at Matchroom HQ in Essex. The prize of meeting the winner of the trilogy fight between current champion Tyson Fury and Deontay Wilder was on the line.

Whyte's promoter Eddie Hearn, who confirmed there was a rematch clause which he will exercise before the end of the year, said: "I can't quite believe it to be honest. When the punch landed I felt I was in some dream.

"The fight was over virtually after two heavy knockdowns, but this is the drama of the sport we love.

"This is the drama of heavyweight boxing and one punch can change everything."