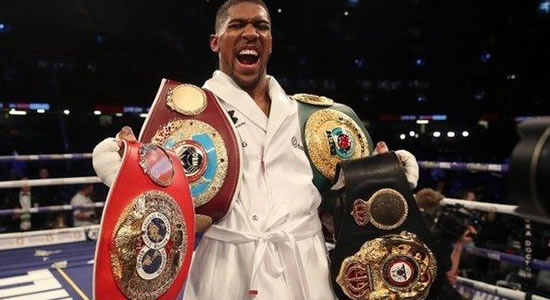 The heavyweight title defence fight between Britain's Anthony Joshua and Bulgaria's Kubrat 'The Cobra' Pulev will be postponed yet again till at least October due to the Covid-19 pandemic, Joshua's promoter Eddie Hearn said.

Hearn made the disclosure on Thursday saying the bout which was initially scheduled for June 20, at the Tottenham Hotspur Stadium was pushed to July and now moved again to an undisclosed date, hoping it can be scheduled before December.

Speaking to Daily Mail, the promoter said, "With everything going on and the fact we have no idea yet about when we will be allowed crowds, and what size crowds, it won’t be the summer."

"I think it will be in the window between October and December. Sooner would be better than later because we don’t want it to be a year between fights."

Joshua is yet to fight a single bout since beating Andy Ruiz Jnr in December 2019 to win the WBA, IBF and WBO titles in Saudi Arabia.

Hearn hinted a 2 probable mega fights between Joshua and Rival Tyson Fury in 2021.

Similarly, Fury has refuted claims that he was willing to pay American rival Deontay Wilder to step aside from the upcoming trilogy fight between the duo so he could fight Joshua.
He said though he would want to face Joshua, that will be after facing Wilder.