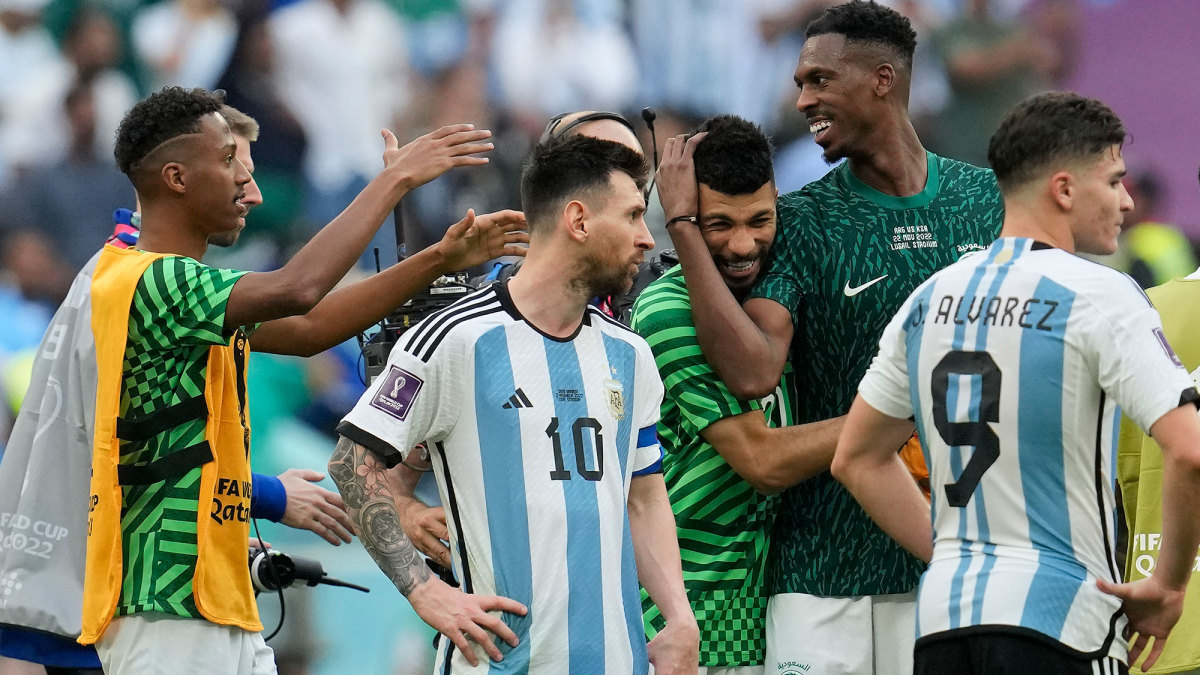 A bold and brilliant Saudi Arabia pulled off one of the World Cup’s biggest shocks as they came from behind to stun two-time winners Argentina in a fantastic Group C opener in Lusail. Ranked 51st in the world, Saudi Arabia could have been done and dusted in the first half as Lionel Messi opened the scoring from the penalty spot before Argentina had three goals ruled out for offside.

But Saudi Arabia flipped the game on its head in a stunning 10-minute period after half-time, Saleh Al-Shehri levelling with a low effort and Salem Al Dawsari firing them ahead to spark pandemonium in the stands.

Having shown their ruthlessness at one end, the Green Falcons demonstrated a ruggedness at the other, holding a stellar Argentina front line at bay to secure only their fourth World Cup win in history and throw the group wide open.

Lionel Scaloni’s Argentina came into the tournament among the favourites, on the back of a 36-game unbeaten run that included winning the 2021 Copa America.

They now have it all to do to keep alive their hopes of a first global triumph since 1986 and give Messi a fitting ending to what is very likely his World Cup swansong.

They face Mexico on Saturday, while Saudi Arabia take on Poland.

In a dramatic comeback, France the holders overturn a 1-0 deficit to win 4-1 against Australia in the group D encounter.

Australia started the game energetically and got themselves in front with a goal from Goodwin in the 9th minute.

The French side picked form and came back with a 2-1 lead as they went into the tunnel at halftime with goals scored by Adrien Rabiot and Olivier Giroud.

The French side came into the second half and dominated the game by extending their lead. Giroud took his chance to add to his tally and extended his teams lead by 3-1

Paris Saint German striker Kylian Mbbape finally got his chance and added his name to the score sheet after pulling a wonderful strike to add to his teams tally.

4-1 it ended in favour of the French side, as they look forward to defending their position as defending champions.