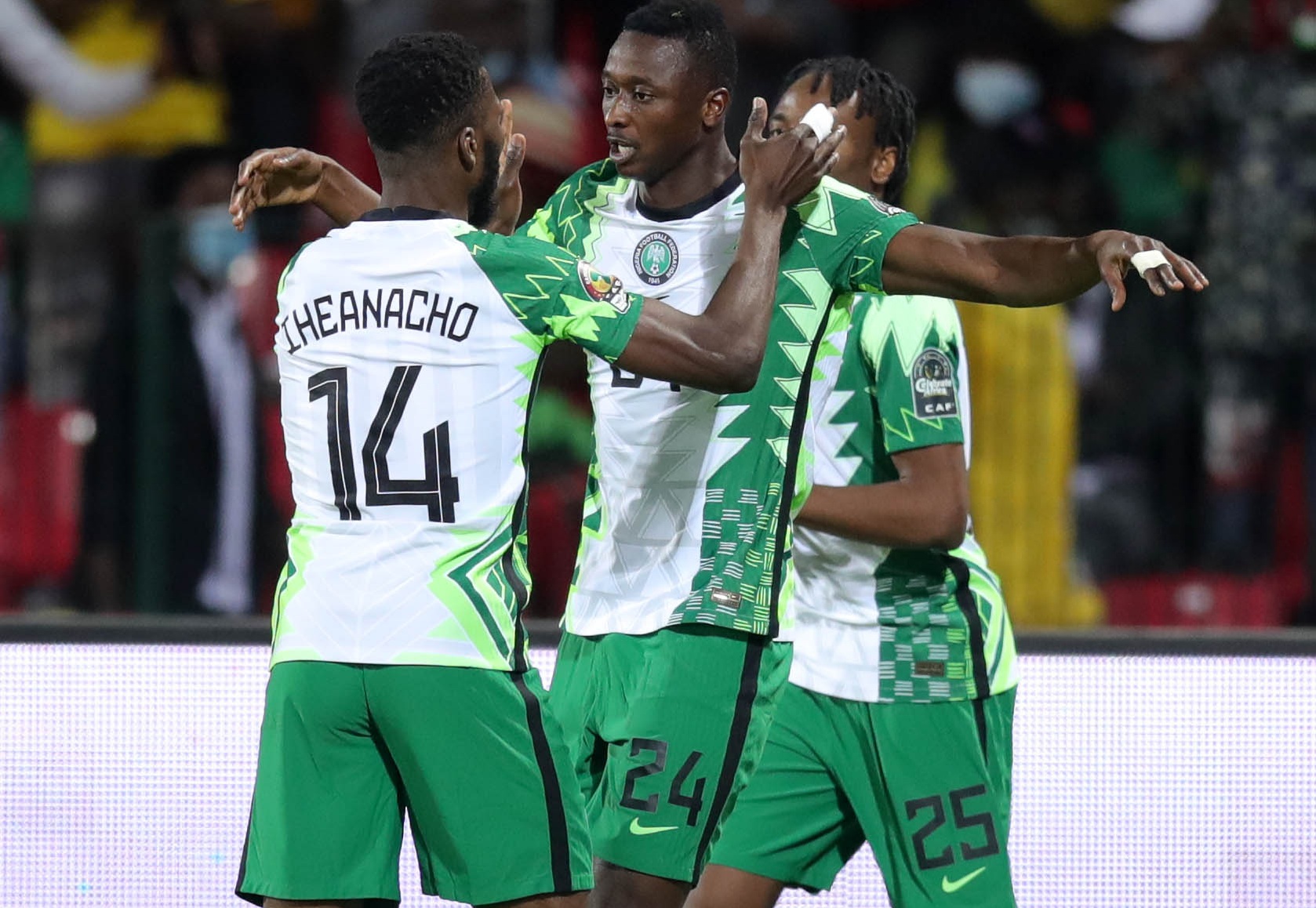 AFCON: Super Eagles Heads To The Next With 100% Record

The Super Eagles of Nigeria after seeing off the challenge of Guinea-Bissau with a 2-0 triumph at the 2021 Africa Cup of Nations (AFCON) will be heading to the knock out stages with a 100% group record and as group leaders with nine points for the first time since 2006.

This feat will only make it the second time Nigeria is finishing a group with a 100% record since 2006 when the team was led by the same manager Austin Eguavoen. Having secured a place in the next round as group leaders, eight changes were made to the starting lineup, only Troost-Ekong, Wilfred Ndidi and Kelechi Iheanacho were able to keep their place.

Interim boss, Eguavoen and his players approached the game against their West African counterparts the same way they approached both Egypt and Sudan. They controlled dominated proceedings and created a lot of chances before being converted by Umar Sadiq and captain William Troost-Ekong.

As a reward for finishing as group leaders, the eagles next match will be played at the Stade Roumde Adjia in the port city of Garoua, the capital of Cameroon’s northern region, where they've been.