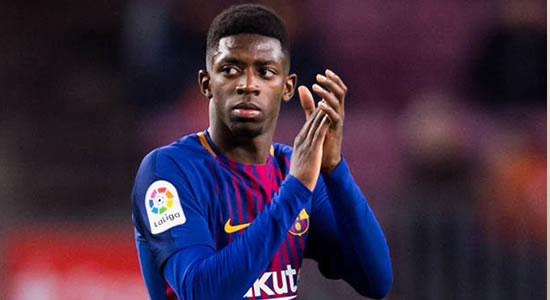 French Barcelona forward Ousmane Dembélé appears to have played his final game for the club and has been instructed to find a new employer before the end of the winter transfer window. Dembele who has refused to renew his contract that will be out in June 2022 has been told to leave and the club is hopeful of cashing in on the player for a cut-price deal this month rather than allow him to leave as a free agent after paying £105million (Could rise to £135m) to sign him from Borussia Dortmund in 2017.

Barca sporting director Mateu Alemany confirmed on Thursday that the club was no longer planning with the forward. According to him, “It’s clear that Dembélé does NOT want to continue with Barcelona. He doesn’t want to be part of our project and we have communicated our decision (to leave him out of the trip to Bilbao).

“We want players that are committed to the club and we have told him to LEAVE IMMEDIATELY. We expect Ousmane to be sold before January 31”.

Dembele is likely to attract significant interest from clubs and particularly those in the Premier League, who may believe he represents a bargain.