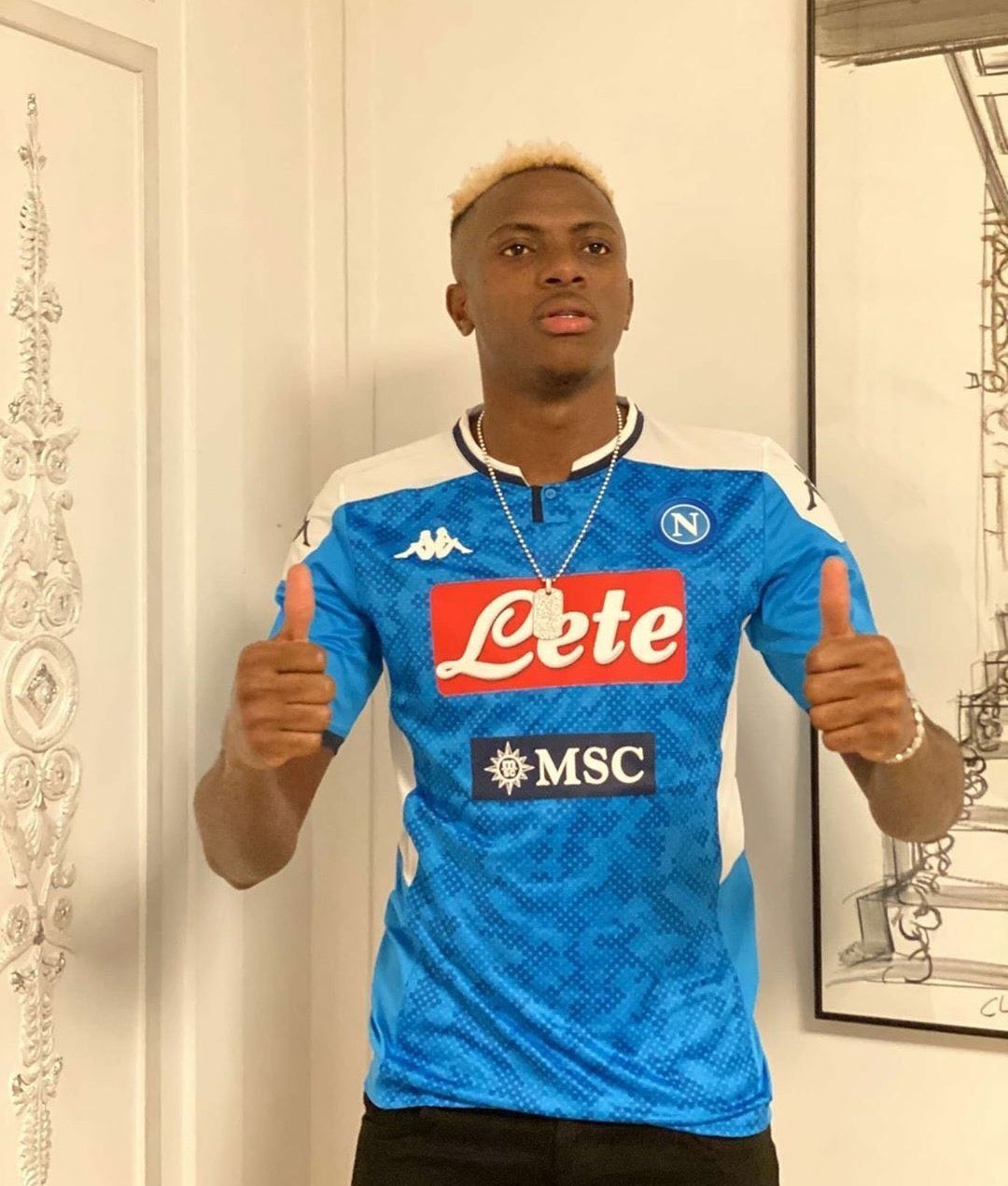 Serie A side Napoli has confirmed the signing of Nigerian born forward Victor Osimhen from Lille for a five (5) year deal worth over €50m. The Forward whose value has tripled for the past 3 years was in demand after he scored 13 goals in 27 Ligue 1 appearances for Lille this season. In securing the signature of the Nigerian wonder kid, Napoli fended off competition from Arsenal and Chelsea.

Gennaro Gattuso side who will be involved in the Europa League next season after been guaranteed a seventh-place finish in Serie A confirmed the signing via their website.

"SSC Napoli are delighted to announce the signing of Victor Osimhen from Lille on a permanent transfer.

Osimhen came through the youth ranks at Ultimate Strikers Academy in Lagos and turned professional shortly after his 18th birthday when he joined Wolfsburg.

He spent the 2017/18 season in Germany before moving to Charleroi on loan the following year. He was an instant success in the Jupiler Pro League, netting 20 goals in 36 appearances.

Lille snapped him up in the summer of 2019 and he went on to play 38 times for the French side, bagging 18 goals in the process.

Osimhen helped Nigeria win the U17 World Cup in 2015 when he finished as the tournament's top scorer with 10 goals. He made his full Nigeria debut in June 2017 and so far has 10 caps and four goals to his name."

The latest member of Gli Azzurri tweeted: 'Can't wait to put on this iconic jersey, thank you for the warm welcome".

After commencing his senior career at Wolfsburg, Osimhen was sent out on loan to Charleroi, who then activated their option to sign him permanently in 2019 for €3.5m prior to sanctioning a transfer to for €12m Lille last year.

The 21-year-old has scored four goals in nine appearances for Nigeria. Napoli forward Arkadiusz Milik has been linked with a move to Juventus, while there have been suggestions that Lille could replace Omishen with Rangers' Alfredo Morelos, although such a deal has yet to materialise.