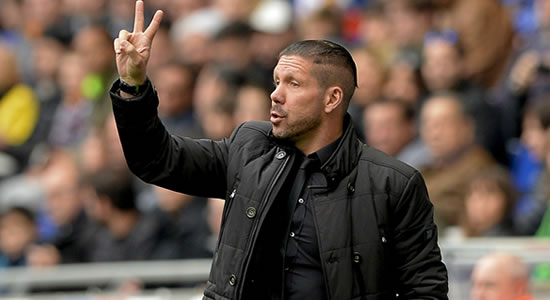 Diego Simeone whipped the Wanda Metropolitano into a frenzy as the Rojiblancos defeated the Reds 1-0 in the first leg of their last-16 tie.

The Wanda Metropolitano Stadium holds beautiful memories for Liverpool F.C, but this time it was against them, a bear-pit desperate to see the European champions beaten and bloodied.

This, though, was an unfamiliar feeling for Liverpool.

They don't lose often, and they certainly don't enjoy the feeling.

They're the team that always finds away, but they didn't here.

Klopp had warned his players what to expect.

“A results machine,” he called Atleti on the eve of this tie.

Simeone’s side, he said, “squeeze everything and give nothing”.

Liverpool was left frustrated, with themselves, their opponents and with the officials.

Sadio Mane lasted just 45 minutes, substituted at half time for fear of a second yellow card from Szymon Marciniak, the Polish referee.

"I was afraid the opponent [Sime Vrsajlko] would go down if he took a heavy breath," moaned Klopp, who was booked himself in the second half.

"I deserved it," he said. "I didn't say any bad words but I shouted in his [the fourth official's] direction."

Mo Salah followed Mane off the field 18 minutes from time having headed Liverpool’s best chance of the night wide.

Captain Jordan Henderson departed with a hamstring injury soon after,  he left the stadium limping and will be assessed at Melwood in the next 24 hours.

He must. at the very least, be a doubt for the next league game, at home to West Ham on Monday night.