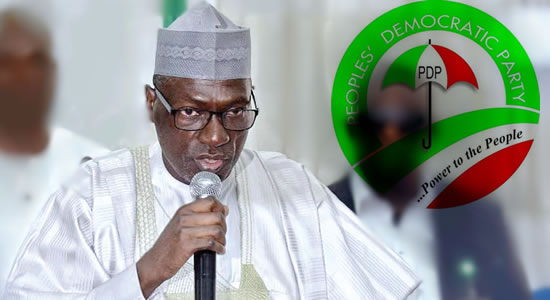 The Peoples Democratic Party has extended the tenure of the Senator Ahmed Makarfi-led National Caretaker Committee. The tenure of the committee was extended by four months, starting from today, August 12, 2017.The decision was taken today at its non-elective national convention in Abuja, the nation’s capital.

The former governor of Akwa Ibom State, Senator Godswill Akpabio, moved the motion for the tenure elongation stressing that the committee needed more time to play the role for which it was set up and to ensure that principal officers are elected for the PDP.

The motion was seconded by a former Governor of Jigawa State, Sule Lamido.

Also, the National Convention of the party dissolved the leadership of the party in Adamawa, Borno, Kebbi, Ogun, Lagos, Kwara, Osun states.

The decision is part of the party’s efforts to resolve leadership issues in the states, especially in Ogun State where two factions have laid claim to the control of the party.