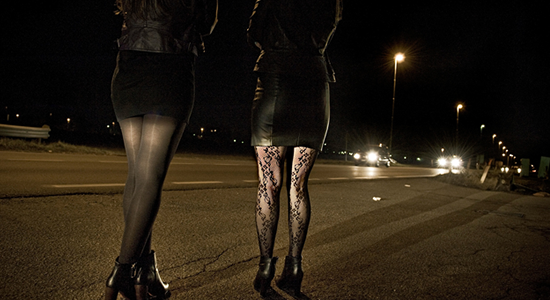 News Agency of Nigeria, NAN, reports that Enemo made the appeal on Wednesday in Abuja while briefing newsmen at the inauguration of new report on `understanding the high risk of urban sexual networks in Nigeria.’

The National Coordinator said that everybody is at risk of whatever he does, adding that sex workers faced a lot of violence especially for from their clients, thugs and law enforcement agents.

She said that most of the times, police and other law enforcement agents exploit sex workers when they raid their brothels or streets where sex workers conduct their business.

“When they are arrested, some of the law enforcement agents demand and conduct unprotected sexual acts with the sex workers who do not have money.

“This exposes the sex workers to the risk of contracting hiv and other sexually transmitted infections,’’ she said.

According to Enemo de-criminalising sex work will reduce the risk and the violence sex workers face in Nigeria.

She added that government would also benefit from the sex workers because they would pay tax.

The National Coordinator said that in Amsterdam where sex work is legalised, sex workers pay 160 Euros to enable them stay in a `window for eight hours.’

She explained that window is a place where a sex worker stays to wait for her clients.

Enemo said the report highlighted areas and populations who are at risk of contracting HIV infections who were yet to receive any intervention.

She said the report also highlighted places in Abuja where sex workers do not know about condom, lubricants and other services.

She urged the public not to criminalise sex work; she urged them to protect sex workers in order for the society to free of sexually transmitted infections.

“If a sex worker is infected with HIV and sleeps with a man and transmit the disease to him, the man will eventually transmit the infection to either his wife or girl friend and others.

“The best thing to do is to support them, de-criminalise their work so that they can do their work in human environment,’’ Enemo added.