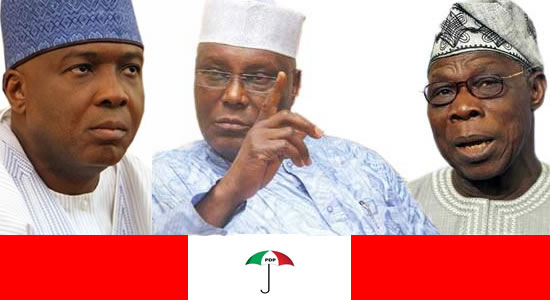 As part of efforts toward rebuilding the Peoples Democratic Party (PDP), the National Caretaker Committee of the party yesterday inaugurated the National Convention and Disciplinary and Reconciliatory committees.  The National Convention Committee is to be chaired by the Governor of Delta State, Ifeanyi Okowa, while the former Governor of Jigawa state, Sule Lamido will serve as Vice Chairman. Senator Abiodun Olujimi was appointed as the secretary of the Committee.

The Reconciliatory Committee has the Governors of Rives and Gombe states as Co-chairman while Tom Ikimi was elected as the chairman of the Disciplinary Committee. The Chairman of the National Caretaker Committee while inaugurating the Committees urged members to work assiduously toward bring back politicians that have left the party.

According to him “Reconciliation is very important. We must reconcile and bring back all those who have held important positions in the past including past President, Vice President and others.”

He added that the reconciliation should not be restricted to post 2015 when some members quit the party following the defeat it suffered in the last general elections. “The reconciliation goes as far back as possible. It is not an issue that has to do with the past one or two years,” he said.

Speaking, Gov. Okowa assured that his Committee will conduct a successful convention which he enthused would “be the first place to showcase our strength. According to him “though non-elective, we will organize a convention that will shake Abuja and Nigeria. I urge members to get ready to work in the interest of the party".