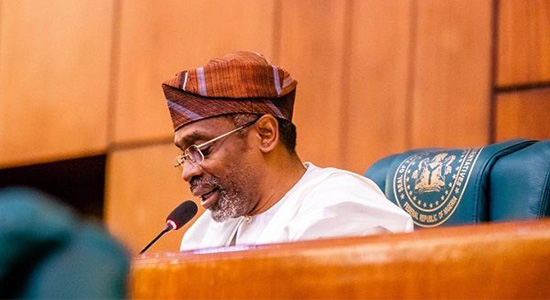 Reps Swear In Replacement For Member Appointed As Minister

The Speaker of the House of Representatives, Hon. Femi Gbajabiamila on Tuesday swore in Chike Okafor as the replacement to Emeka Nwajuba who is now a Minister following appeal court judgment.

Dailypost reports that Mr. Chike who earlier was sacked by a lower court and replaced by Nwajuba was sworn in during plenary.

Abuja Division of the Court of Appeal in August sacked Emeka Nwajuba as the member representing Ehimembano/Ihiteuboma/Obowo Federal Constituency of Imo State at the House of Representatives, however, he was already a Minister-designate by then.

With the verdict of the court, Okafor of the ruling All Progressives Congress is the new member of the House.