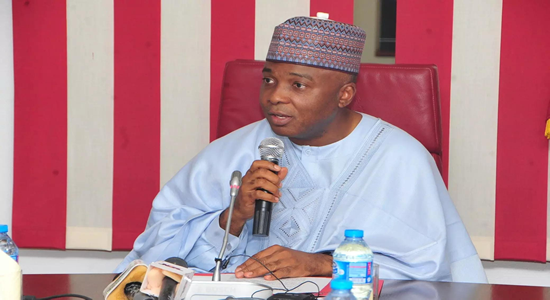 President of the Senate, Dr Bukola Saraki, has assured that the National Assembly will conclude the amendment to the Independent National Electoral Commission (INEC) Act before end of 2017.

He told the News Agency of Nigeria (NAN) in Abuja that the Senate had already passed the Bill amending the Act, and that the House of Representatives would do same on resumption from recess.

Saraki said that the national assembly wanted to give INEC over one year to prepare of the 2019 elections, based on the amended Act, to avoid hitches experienced in the last general elections.

“Well, you know we passed the INEC Amendment Bill this year; we are working on the House of Representatives to do theirs as well so that we can get that to the President to assent, and that gives them at least one year to prepare.

“I am sure that by the time we come back from recess, the House will take action on theirs within the month and it will be with the President in October. So, that is enough time.

“I think that since we passed it, the INEC has been looking at what we passed and holding some meetings.

“Assuming this is the document that is finally passed, what are the things we need to do? So, I think that we have given them ample time.

“In the past normally, it used to be passed a month or two before, but this time, we have passed it almost a year-and-a-half before the elections or more than that actually,’’ he said.