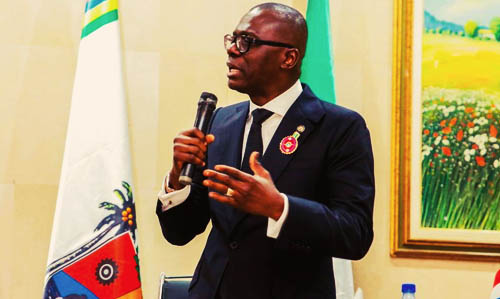 The Governor of Lagos State, Babajide Sanwo-Olu, has announced that places of worship in the state will reopen from Friday, August 7. The governor confirmed this on Saturday, during a media briefing on COVID-19. While churches and mosques will be allowed to reopen, nightclubs will remain shut. According to Sanwo-Olu religious leaders must make available hand sanitizers, thermometer guns for reading temperature, adding that the state government will ensure that social distancing is maintained.

“Places of worship in Lagos will now be opened from Friday, August 7 for our Muslim worshippers and on Sunday, August 9 for our Christian worshippers.

“We will only be allowing 50 percent of their capacity at either the church or the mosque. Churches that have Saturday worship day will also be allowed to start holding their Saturday worship.

“We must reiterate that places of worship are only permitted to have their regular once a week service on designated days.

The governor added that the state government will keep close monitoring of compliance level in the state of the religious bodies before further steps can be taken.

The Governor also increased public gatherings’ capacity from 20 to 50 people.

He also said in the past two weeks the state has witnessed a decline in fresh infections.

Meanwhile, the Federal Capital Territory (FCT) has topped the list of states with new coronavirus cases in Nigeria, for the third consecutive day. On Saturday night, the Nigeria Centre for Disease Control (NCDC) announced 386 new cases in 17 states and the FCT. While 130 new infections were recorded in the FCT, Lagos was second with 65. The latest figures brought the total to 43,537 confirmed cases, with 883 deaths and, a total of 20,087 recoveries.