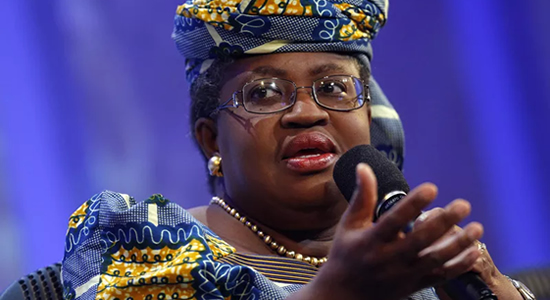 Yoo Myung-hee, the South Korean candidate for the World Trade Organisation (WTO) Director-General position has voluntarily withdrawn from the race as a candidate. With this new development, the Nigerian candidate, Ngozi Okonjo-Iweala may clinch the office as she has remained the only candidate for the position.

Myun-hee is the South Korean Trade Minister and was endorsed by her country to vie for the position of the DG, WTO following the resignation of Roberto Azevedo from the office.
Washington Trade Dailies reported his withdrawal in November 2020 but was yet to be officially confirmed.

Meanwhile, the Nigerian former Minister, Okonjo-Iweala had already secured the popular vote by a landslide since October last year because her candidacy was yet to be endorsed by the American government.

Subsequently, after the 28th October 2020 meeting, the WTO revealed that the Nigerian former Finance Minister has better chances of occupying the office through consensus.

This as the then administration of Donald Trump, of the United States said Myung-hee was its preferred candidate, saying the WTO was in dire need of reforms and they felt Yoo was the person with the requisite experience.

Yoo while attending a meeting in Seoul, the capital of South Korea said, having left for so long without leadership, the office of the WTO has been speculated with bleak by some expert.

She said, “To speed up the consensus-building among the member countries on selecting a new director-general, I have decided to renounce my candidacy through close cooperation with the United States, our strong ally.

“Washington, which showed strong support for my candidacy, also respects the decision to step down from the race.”