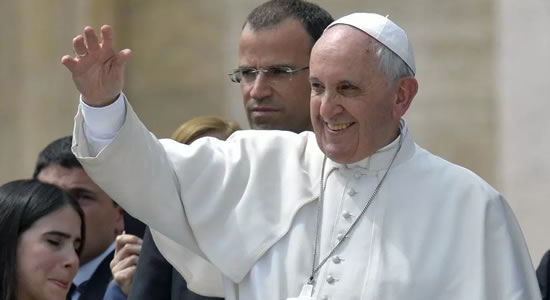 Pope Francis who recently had half of his colon removed for a severe narrowing of his large intestine has left the hospital in Rome after 10 days on Wednesday. The 84 years old, was released at 10:30 a.m. local time (4:30 a.m. ET) from Gemelli Polytechnic hospital. On his way home to Casa Santa Maria in Vatican City, he stopped to pray at the Basilica of Saint Mary Major.

After the detour to the basilica, his small motorcade approached a side entrance to the Vatican and stopped before reaching the gate, where Francis got out with the help of a bodyguard. He greeted some Italian security guards — two army soldiers and a handful of Italian police motorcycle escorts — and got back in the car, which then proceeded through the Perugino gate. The Vatican hotel where Francis lives is located just inside the gate.

The surgery had caught many Vatican watchers off guard: Francis had shown no signs of the pain that often accompanies the intestinal problem he had, and even had a busy week before the operation. The Argentine-born pope had part of one lung removed when he was a young man but has otherwise enjoyed relatively robust health.

Francis will have several more weeks to recover before travelling again in September. There are plans for him to visit Hungary and Slovakia from Sept. 12-15, and then make a quick stop in Glasgow, Scotland, in November to participate in the COP26 climate conference. Other possible trips are also under review.

To affirm his release from the hospital, Francis’ official Twitter account @Pontifex posted an update: “I thank all those who have been close to me with prayer and affection during my hospital stay. Let us not forget to pray for the sick and for those who assist them,” it said.