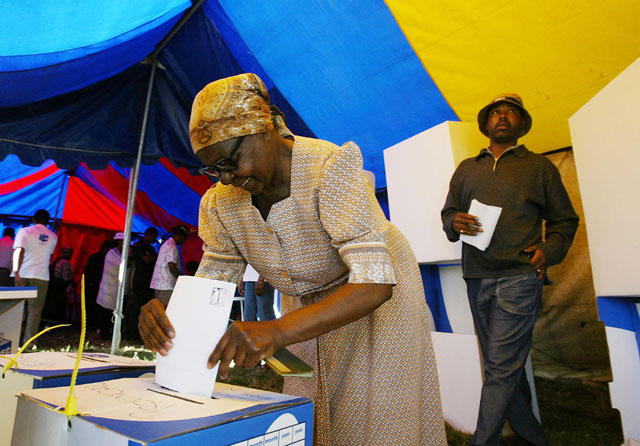 Malawi’s constitutional court on Monday ordered a new presidential election after annulling the results of a vote that re-elected President Peter Mutharika in May, citing widespread polling irregularities, including the use of correction fluid on ballot papers. The verdict, which is expected to stoke turmoil in the traditionally peaceful southern African country, can be appealed by Mutharika, who will remain president until the fresh polls.

“We hold that the first respondent (Mutharika) was not duly elected as president of Malawi on May 21, 2019,” ruled lead judge Healey Potani.

“We hereby nullify the results of the presidential elections and we order for a fresh election,” he said.

A new election should be organized within 150 days, the court said.

In the meantime, the status in the presidency, including the office of the vice president, revert to what it was prior to last year’s presidential election.

Runner-up Lazarus Chakwera, who lost by just 159,000 votes, alleges he was robbed of victory and went to court.

On Monday security was tightened with a heavy military presence around the court and businesses pulled down their shutters for the week, fearing violence erupting after the ruling was announced.

Judges were driven to court in a military armored vehicle.

An army helicopter occasionally hovered above the courthouse and the central business district as the 500-page verdict was readout.

“It is clear that the use of Tippex (correction fluid) was employed by (electoral commission) officers to hide votes,” said judge Ivy Kamanga, taking a turn reading the judgment that took more than nine hours to deliver.

“Use of Tippex was unjustifiable and an irregularity,” she said, adding the way in which the electoral commission “dealt with the alterations was not in line with the law, hence it was irregular”.

The court also said that only a quarter of the results sheets were verified and it “finds this to be serious malpractice that undermined the elections”.

It is the first time a presidential election has been challenged on legal grounds in Malawi since independence from Britain in 1964.

Mutharika, 79, has repeatedly dismissed opposition accusations that election was rigged and brushed off doubts about the official results.

In a joint statement, British, American and several European ambassadors referred Thursday to the verdict as a “pivotal moment” in Malawi’s history.