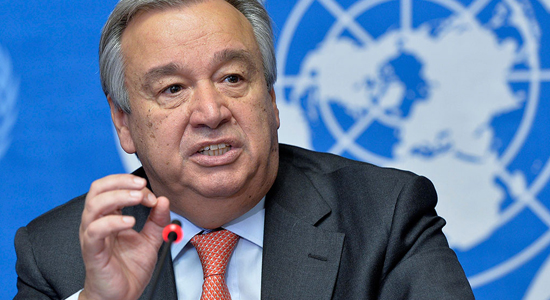 Secretary-General of the largest global body in the world, the United Nations (UN), Antonio Guterres, has disclosed that the organization is currently facing severe paucity of funds.

The world body noted that, the scarcity is the worst in nearly 10 years.

Guterres made the revelation while addressing the Member States on Tuesday, 8th October 2019 that the organization “runs the risk of depleting its liquidity reserves by the end of the month and defaulting on payments to staff and vendors.”

He added that the only 70 per cent of the total budget assessment for 2019, amounting to 1.99 billion dollars, had been paid as at the end of September, leaving a balance of 1.3 billion dollars. The current figure, according to him, is eight per cent lower than the 78 per cent payment recorded in the same period in 2018.

Mr Guterres stressed that until more Governments pay their annual dues, the organization's work and reforms are at risk. Commenting on the development, UN Spokesperson Stéphane Dujarric told UN correspondents in New York that although 129 out of the 193 Member States had now paid their regular annual dues, others needed to pay “urgently and in full”.

He averred that only that could avert the disruption of operations, globally.

The Secretary-General further asked governments to address the underlying reasons for the crisis and agree on measures to put the United Nations on a sound financial footing.

Recall that earlier in the year, President Donald Trump reportedly said the U.S. was bearing an “unfair burden” of the cost of the UN and called on the organization to reform its operations.