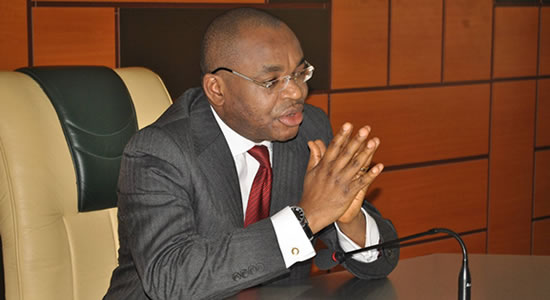 The Governor of Akwa Ibom State, Mr. Udom Emmanuel, on Tuesday presented a budget proposal of N597, 800 billion for the 2020 fiscal year to the state House of Assembly for consideration and passage.

According to the report, the 2020 budget was made up of N111.225billion for Recurrent Expenditure, N369.642 billion for Capital Expenditure and N116.933billion as Consolidated Revenue fund charges.

The total projected recurrent revenue for 2020 budget is estimated at N381.556billion as against the approved provision of N374.758billion in 2019
Presenting the budget, Emmanuel said, the 2020 budget christened, “the budget of Industrialization for Poverty Alleviation phase 11′ was designed as a key milestone in actualizing his administration’s completion agenda.

He noted that the 2020 is predicated on an oil benchmark of $55 per barrel at a production rate of N2.18 million barrels per day, with an estimated exchange rate of N305/US dollar in line with the National budget benchmark projections.

The governor said, “Mr. Speaker and honourable members, considering the fact that my completion agenda is predicated primarily on the rapid industrialization of this state, we have christened the 2020 budget “The budget of Industrialization for Poverty Alleviation phase 11.

“It was so named because the state had started witnessing major breakthroughs in industrialization through construction and commissioning of some industries that are currently in full operations or ongoing.

“The 2020 budget aims to support areas that will deliver inclusive growth and massive employment opportunities such as the construction of the Ibom Deep Seaport, completion of Airport projects, purchase of more airplanes and competition of the 21-storey Intelligent building among others.”

He further said that the 2020 budget is "predicated on the 8-point agenda that forms the policy thrust of my completion agenda of Industrialization, Aviation development, security, infrastructure, Small and Medium Scale Enterprises, Human capacity development, Agriculture, and Rural and Riverine Area development."

He appealed to the House for speedy approval for the 2020 budget proposal, and support for its implementation, adding, “We promise to faithfully implement the provisions of the budget for the general good and well-being of our people”