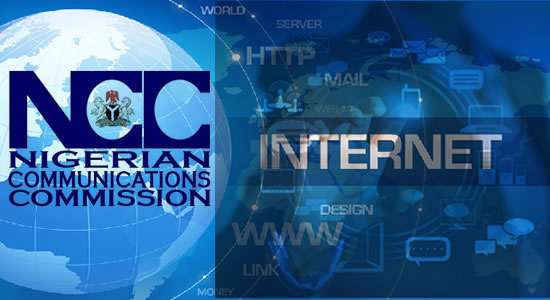 The Executive Vice Chairman of the Nigeria Communications Commission, NCC, Prof. Umar Garba Danbatta has said that the commission is partnering with the National Assembly to tackle poor power supply as it is a major hindrance in the growth of the country's telecommunication industry.

This is important especially as trials for the 5G network have been rolled out by MTN, making Nigeria the first country in West Africa to test the revolutionary technology.

However, the lack of steady power supply can erode the fifth-generation services.

The Vice-Chairman of the commission noted that the 5G trial was in preparation for its commercialisation for enhanced digital experience in the country.

" We have developed guidelines for commercial satellite deployment which has seen the registration of major satellite providers in the country.

This will help to provide satellite-based broadband services to those hitherto excluded, among others.

"A regime of efficient management of scarce resources and spectrum is evident from the successful auction of six slots of 2×5 MHz in the 2.6 GHz band, to re-planning of the 800 MHz band for LTE, and to assigning of 2×10 MHz spectrum to Glo Mobile for trial in the 700 MHz,"

"Also from regularisation of 2×10 MHz Spectrum in the 700 MHz band previously assigned to MTN by NBC for the purpose of providing LTE services to opening up 70/80 GHz band for both last mile and backhaul services, among other numerous spectrum management, the impacts cannot be gainsaid," he stated.

Also, Prof. Danbatta attributed the militating factors in the development of the telecom industry to the fibre cuts during road constructions and repairs, unharmonised Right of Way (RoW) charges by various levels of government, destruction and vandalism of facilities.

Speaking further to the Senate Committee on Communications, he explained that Nigeria's broadband subscribers have increased.

" The NCC, through the Universal Service Provision Fund (USPF) has reduced the number of access-gaps clusters in the country further from 114 which has also reduced drastically the 38 million Nigerians affected by access gap clusters.

"We have also licensed six Infrastructure Companies (InfraCos) from the six geo-political zones of the country to cascade fibre optic into the hinterland to reach all the 774 Local Government Areas (LGAs) in the country.

This idea is succeeding and will bolster the government’s effort at expanding the nation’s broadband infrastructure," he added.

Speaking, Senator Oluremi Tinubu assured Danbatta that the committee will work with the commission towards proffering solutions to the mentioned challenges.

" We are here on a familiarisation and fact-finding tour to the commission but I must say that we are impressed by the presentation made by the executive vice-chairman of NCC, Prof. Umar Danbatta, on the activities of the commission so far in regulating the industry.

"Given the mammoth challenges facing the industry and the achievements of the commission so far, its regulatory interventions and performances deserve to be appreciated and commended.

"We particularly see the Platinum Category Certificate of Award for exceptional organisational performance which NCC received from the Bureau of Public Service Reforms (BPSR) in 2017 as a testament to a performing agency of the Federal Government.

However, we want you to do more for Nigerians."