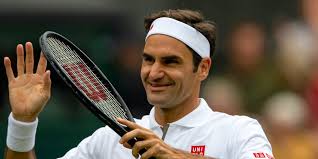 Swiss tennis legend Roger Federer is to retire after next week’s Laver Cup, he said on Thursday. “The Laver Cup next week in London will be my final ATP event,” he said in a statement posted on his Twitter account.

The 41-year Switzerland tennis maestro has not played since Wimbledon 2021, after which he had a third knee operation and he is set to retire after 24 years on the ATP tour.

Only Spain’s Rafael Nadal, with 22 majors, and Serbia’s Novak Djokovic, with 21, have more men’s Grand Slam singles titles than Federer.