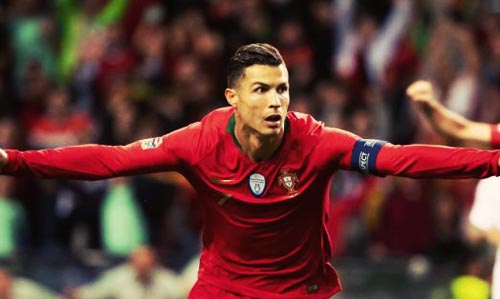 Cristiano Ronaldo is a goal shy of 700 career goals as he scored his 699th career goal when Portugal defeated Luxembourg 3-0 during their Euro 2020 qualifier.

The Portuguese superstar has further strengthened his position as Europe's all-time leading international marksman having placed himself ten goals ahead of Ferenc Puskás who now occupies the second spot.

The 34-year-old scored his 85th career goals by scoring the opener in Portugal's 2018 FIFA World Cup game against Morocco; with this strike, first moved above Puskás who is on 84 career goals.

Bernardo Silva opened the scoring for Portugal during their Euro 2020 qualifier against Luxembourg in the first half before Ronaldo’s lob in the second half moved the Juventus forward within one goal of the 700-milestone which was also his 94th international goal and has however become only the second player after Iran’s Ali Daei to reach a century for his country.