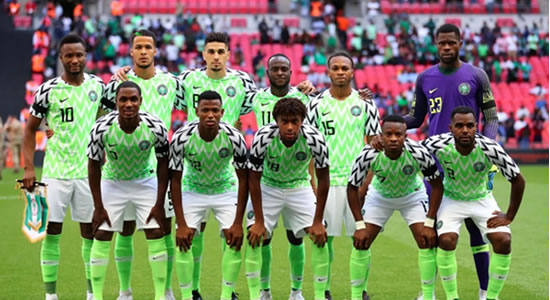 NFF Confirms Zimbabwe and Senegal Friendlies Ahead of AFCON 2019

The president of the Nigeria Football Federation (NFF) disclosed that the Super Eagles will commence their pre-Afcon warmup on June 8 where they will take on Zimbabwe at the Stephen Keshi Stadium, then depart for Ismaila, Egypt for their final warmup match against Senegal on June 16.

The three-time African champions will be participating at the Afcon finals for the first time since their triumph in 2013 and will open their campaign against Burundi on 22 June and also play Guinea on June 26 and debutants Madagascar on June 30 in the group stage.

According to the Amaju Pinnick, the NFF boss,

“We have sealed the matches with the Warriors of Zimbabwe and the Lions of Teranga and these are two matches we are really looking forward to,”

“There cannot possibly be a better way to get into the Afcon spirit than playing the number one ranked team in Africa just before the finals begin.”