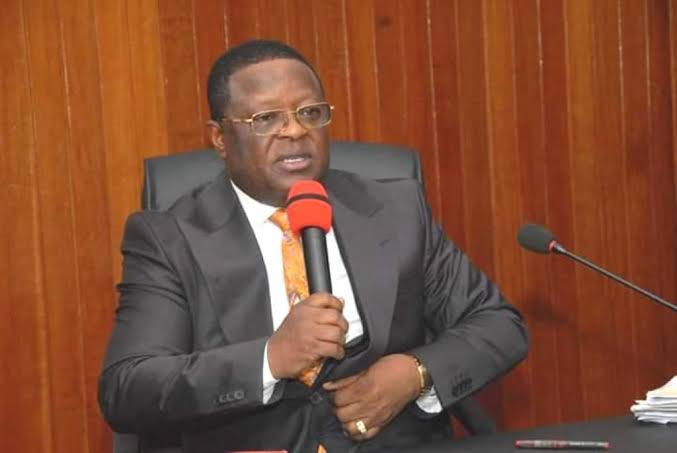 Ebonyi State Politics: You Are On Your Own, Senators, Reps Members Tells Umahi

The National Assembly members from Ebonyi state has reacted to the defection of Governor Dave Umahi of Ebonyi state who cross-carpeted to the All Progressive Congress (APC) from the Peoples Democratic Party (PDP), saying he is on his own. The lawmakers who are all members of the PDP said the Governor acted on his own volition and therefore, will not join him in his decision. On Tuesday, governor Umahi defected to the ruling party in a build-up to 2023 saying he believed the APC would consider the South-East for its ticket in the next General election.

The governor stated that his decision to join the APC was based on the marginalization of Igbos by the PDP.

He explained that the PDP by now should have taken a stand on where it shall be zoning its 2023 presidential ticket.

Accordingly, the Chairman of the South-East Governors forum revealed that soon, Nigerians would witness a mass exodus of the south-Easterners political leaders from the PDP to the APC.

However, a former Governor of the state, Sam Egwu has disclosed that all the three Senators and its five House of Reps members in the state have reiterated their stay in the PDP.

He said, “Ebonyi governor is on his own on this matter and is the only person going to another party”,