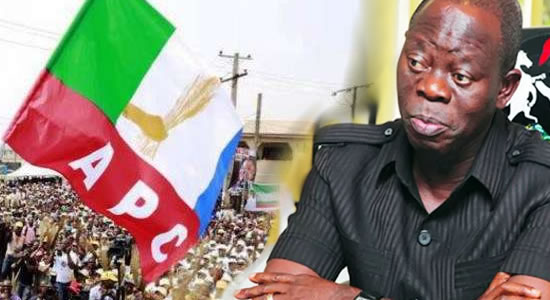 The Court of Appeal, Abuja division under a three-man panel led by Justice Abubakar Yahaya, on Monday ordered a stay of execution on earlier judgment by Justice Danlami Senchi of the FCT High which suspended Oshiomole as the National Chairman of the All Progressive Congress (APC) on 4th March 2020.

The court ruled that the order would remain binding pending the hearing of Oshiomole's motion for interlocutory injunction slated for Friday 20th of March 2020. It further unanimously restrained the respondents including the Nigerian Police Force and the Department of State Services from further giving effect to the suspension order of the lower court.

Meanwhile, The ruling party has announced the indefinite postponement of its National Executive Committee (NEC) meeting earlier scheduled for tomorrow, Tuesday, March 17, 2020. The announcement was made by the Progressive Governors Forum (PGF) Chairman and Governor of Kebbi State, Atiku Baguda, after their meeting with President Muhammadu Buhari on Monday at the Presidential Villa in Abuja.