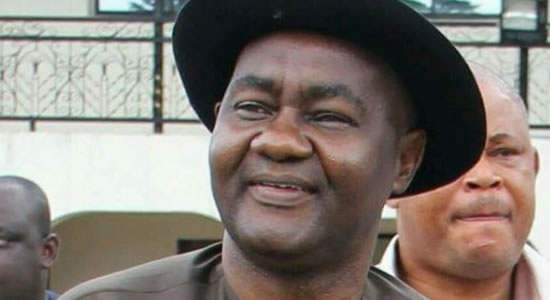 Rivers: APC Humiliating Me Despite My Sacrifices - Senator Abe

Senator Magnus Abe, has accused the All Progressives Congress (APC) of subjecting him to unnecessary attacks, humiliation, and misery, despite his numerous sacrifices for the party.

The former lawmaker representing of Rivers Southeast Senatorial District in the 7th and 8th Senate, made the claim in a statement he shared on Facebook on Tuesday. He lamented that though him and others put their lives on the line to birth the party in Rivers State, he has continued to face oppression in the hands of the friend.

“I have chosen not to be bitter towards anyone and not to teach bitterness to anyone. I know that if I teach people that Mr. A is the source of every failure and poverty, I will absolve myself and those I teach of all responsibility for whatever challenges and the difficulties that they are going through, then I can be a super leader, because I have provided a convenient scapegoat and I can absolve myself from scrutiny responsibility.

“In my world, bitterness towards anyone is a sign of failure. It means you admit that the other person has the power to make your life. No one has that power over my life.

“Rather than tell my supporters of all the miseries, humiliations and attacks that have been my lot in the APC, the party that we put our lives on the line to birth in Rivers State, rather than tell them about the oppression I am facing at the hands of the friend for whose sake I wept on the floor of the

Senate of the Federal Republic of Nigeria. I tell them that their life is their responsibility and that no man can alter their destinies. It is our responsibility to identify what we want, where we need to be and how we can get there. I tell them to come and let us move mountains, if need be.

“We will enjoy our journey, as challenging as it may be and we will not just travel hopefully, but we will get there. I do not know your destination, but I know that the ultimate objective of bitterness is violence. No amount of violence can help you, if you do not know where you are going.”

Abe, a former Secretary to the Rivers State Government (SSG), when Amaechi was governor, also recalled how a friend sent him a quote by Robert Louis Stevenson, stating that life is not a matter of holding good cards, but of playing a poor hand well.

He said: “No matter what anyone else may have done, we must start any honest and meaningful evaluation with ourselves. What did I do, what have I done and most importantly, what can I do better?

“Examining yourself honestly is not an automatic admission of failure; it is rather an opportunity to improve. Money is important, but leaders should not be judged only by how much money they can give.”