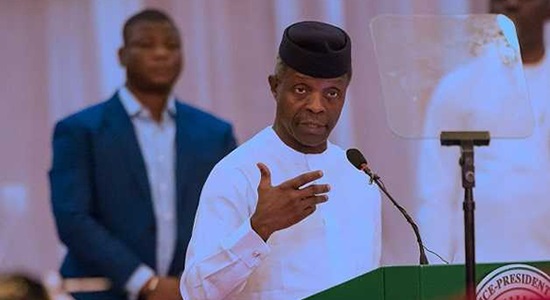 Nigeria expects to conclude and ratify the Foreign Investment Promotion and Protection Agreement, FIPPA, with Canada in 2020.

Vice President Yemi Osinbajo stated this on Monday at the opening of the Nigeria-Canada Investment Summit 2019 in Abuja, Nigeria’s capital.

Nigeria and Canada already have a Double Taxation Agreement that came into place in 1999.

Prof. Osinbajo said Nigeria has a long-standing trade and commerce relationship with Canada with bilateral trade of about $984 million.

He said that the summit should be seen as an important process, not just events in deepening the socio-economic ties between Nigeria and Canada.

“There is no question that both of our governments and business communities realize that there is enormous potential in our relationship,” Vice President Osinbajo stated.

According to him, aside from the summits, there have been high-level contacts between Nigeria and Canada since 2018, including the visits of the Governor-General of Canada, Julie Payette in October 2018, the earlier working visit of the Honourable Marie-Claude Bibeau, Canada’s Minister of International Development and La Francophone and that of Ahmed Hussein.

“And two Royal Canadian Navy Ships which berthed in Lagos to engage the Nigerian Navy in a Joint Training on Security in the Gulf of Guinea.

“It was the first of its kind in the 108 years of the existence of the Royal Canadian Navy.”

Vice President Osinbajo said the Nigeria-Canada Investment Summit was particularly important because it has “much richer public sector participation than ever before.”

He noted that the summit’s focus was on mining, power, agriculture, housing, education and technology, which “are sectors that Nigeria has identified as crucial to the success of our economic recovery and growth plan.”