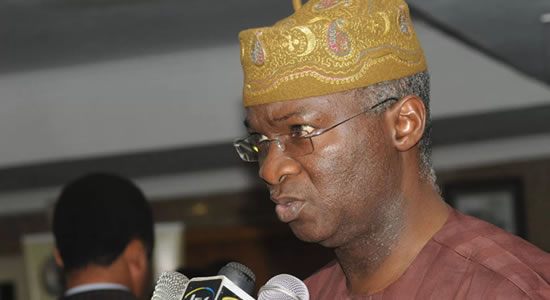 Ahead Of 2023: Fashola Called On APC To Honour Its Earlier Zoning Agreement

The Minister of Works and Housing, Babatunde Raji Fashola has called on the All Progressive Congress (APC) to respect its earlier agreement of the 2015 on zoning ahead of the 2023 general election. Fashola stated these yesterday following insinuations that some APC stalwarts were planning to rescind on the agreement of power zoning formula from North to Southern part of the country after expiration of president Buhari tenure. According to a source in the party, a block within the party wants to grab the power against the earlier arrangement from the mother party. The Minster while speaking to newsmen from his office yesterday urged the leaders of the party to respect the gentleman agreement reached in the 2015 on zoning.

Recall, the APC was a conglomerate of opposition parties formed in 2013 as a result of merger of defunct Congress for Progressive Change (CPC), the Action Congress of Nigeria (ACN), the All Nigeria Peoples Party (ANPP), some block in the All Progressive Grand Alliance (APGA) and the New People’s Democratic Party (New PDP).

Fashola said, “The truth is that what makes an agreement spectacular is the honour in which it is made not whether it is written. If it was written, there would be no court cases of breach of contract because it is a document that is written and signed that go to court. But the private agreement you make with your brother and sister should not be breached, it must be honoured.

Meanwhile, when asked whether he has an ambition of the presidency or vice president ahead of the 2023, Fashola said, he was a faithful member of the party, and committed to good governance, saying the best politics is to deliver good governance.

He explained that what he enjoys most about politics is the opportunity to serve people, noting that that though election comes only once in four years, but good governance is everyday business.