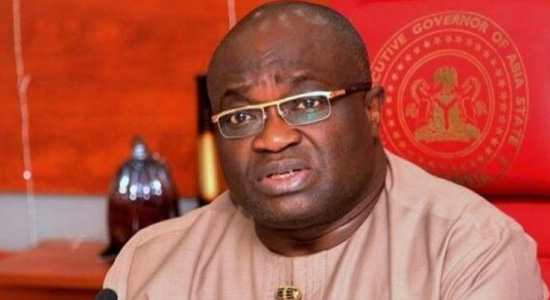 The outlawed Indigenous People of Biafra (IPOB) Yesterday criticized southeast governors over the newly established security outfit Ebube Agu, calling it a waste of resources. IPOB insisted that the Eastern Security Network (ESN) is the duly formed outfit for the zone. IPOB’s spokesperson Emma Powerful, who made the pronouncement on Tuesday said the governors, “belatedly announced the formation of an abstract security outfit called Ebube Agu to secure the zone” “How can you launch a security outfit without first assembling the personnel and equipping them? “When Amotekun was formed, it was not abstract. The personnel and their equipment were handy. When our leader floated the gallant ESN, the men were on the ground. Describing Ebube Agu as a huge joke and waste, IPOB encouraged youths and others in the zone to disregard and distance themselves from the security outfit.

“Anyone who neglects this warning and thinks he can hide under the cloak of Ebubeagu to spy on ESN should be prepared to join his ancestors,” IPOB said.

The founder of the Movement for the Actualisation of Sovereign State of Biafra (MASSOB), Ralph Uwazuruike, however, said the ESN only exists on social media that has no form of recognition. He added that IPOB lacked the power to set up such an outfit.

Civil Society Organisations, CSOs, also yesterday backed the establishment of regional security networks across the country to provide cover for defenseless Nigerians but cautioned governors against using them to intimidate perceived enemies.

Okezie Ikpeazu, governor of Abia state while speaking on Arise TV on Tuesday, said some of the “issues raised” by IPOB should be addressed. He said it is only when those concerns are acknowledged that elected officials will be granted solid ground to preach the gospel of Nigeria’s unity.

He also said the increasing insecurity in the region spurred south-east governors to establish Ebube Agu, a joint security outfit that was announced on April 11.

He said: “I have taken my time to listen to some of these issues raised by IPOB: issues about injustice, issues of marginalisation, issues of trust deficits within the polity called Nigeria as it concerns people from south-eastern Nigeria. And I think some of those are valid issues and they should be addressed and spoken to; they should be addressed squarely. So that everybody and those of us that are in government today can have a foothold within the southeast region to continue to promote the unity of Nigeria.

“I do not subscribe to the strategy of IPOB in pursuing their goals. And the reason is because I’m yet to see the end of the tunnel from where I’m standing and I do not like to take a plunge in the dark. We must engage and discuss the issue which is bothering them and everybody and we can’t continue to pretend as if these issues are not valid.

“Equal rights and justice is an indelible right of all citizens and if through impunity and carelessness we allow a group of people to begin to feel like they’re not rightly represented within the polity, it creates a lacuna where people are no longer confident in the government to protect them and take care of their interest within the polity. There’s bound to be agitation one way or another. Some of these reactions may extrapolate to levels that may undermine national convention and unity.”