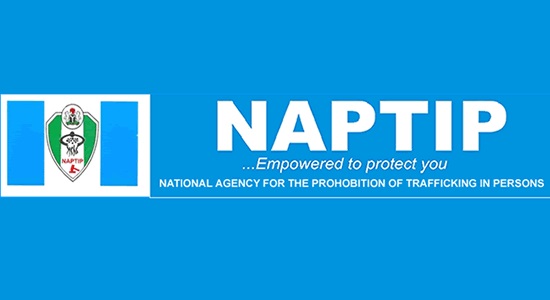 The National Agency for the Prohibition of Trafficking in Persons (NAPTIP) on Monday said it had so far rescued over 15,000 victims of human trafficking since the inception of the agency. The Director-General of the agency, Imaan Ibrahim, who revealed this during a courtesy visit on the minister of Humanitarian Affairs, Social Development and Disaster Management, Sadiya Umar Farouq in Abuja, said, the agency also investigated over 10,000 cases of human trafficking and prosecuted close to 500 perpetrators of the crime, during the period under review. The NAPTIP boss said the agency would ensure that vulnerable persons across the country were given renewed hope for a sane and secured society.

Mr Ibrahim who appreciated President Muhammadu Buhari for the confidence reposed on him to pilot the affairs of the agency stated that despite the strides of success recorded by the agency in the past, there was still much to be done.

”NAPTIP is fully committed to the prevention of all forms of human degradation and exploitation through the coordinated use of the nation’’s crime prevention and law enforcement resources to stamp out human trafficking and to liberate and uplift the vulnerable, especially women, children and youths from dehumanizing and exploitative employment and usage through the deployment of the 5’P’ Approach, such as Policy development, Prevention, Protection, Prosecution and Partnering with stakeholders to ensure their rehabilitation and effective reintegration of victims into the society.” He said.

“This agency has through its operational activities done arrests, investigation and prosecution of perpetrators of human trafficking, counselling, rehabilitation, repatriation, and reintegration of victims into the society.

She said focusing on the domestication of these Acts would ease some of the problems currently faced by NAPTIP in the implementation of key interventions and programmes.

“I implore you to utilise data and evidence-based systems to improve or create programmes and align these programmes with the policies of the ministry for effective multi-sectoral participation in the realisation of the core mandate of NAPTIP,” Farouq stated.