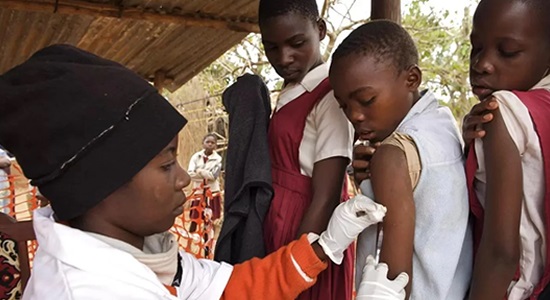 The director of Immunization and Disease Control, Fatima Abdullah has on Friday disclosed that Niger State has in the midst of the COVID-19 pandemic recorded an outbreak of measles in 13 Local Government Areas (LGA).

Abdullah made this known during a one-day media orientation on measles immunization awareness organised by the state's Primary Healthcare Development Agency (NSPHCDA) in partnership with the United Nations Children Fund (UNICEF) in Minna.

"Even though the health facilities were opened for 24 hours services, many parents failed to take their children for routine immunisation because they were afraid of contracting Coronavirus.

"All services such as routine immunisation, antenatal and family planning were available to serve everyone, but most mothers failed to access the service during the lockdown," she said, explaining the increase in cases.

Speaking, Ahmed Abdulsalam, Programme Manager, State Emergency Routine Immunisation Coordination, noted that there are no deaths recorded, adding that the COVID-19 pandemic affected the routine measles immunizations in the state.

Abdulsalam also explained that the State is set to carry out a statewide sensitization on the importance of immunization, adding that the disease kills over 2 million children under the age of 5 years in the world with 97 percent in underdeveloped countries.

"For a while now, the state has recorded an outbreak of measles because of failure of parents to take them for routine immunisation especially during the lockdown. These vaccines prevent children from contracting diseases," Shehu said.