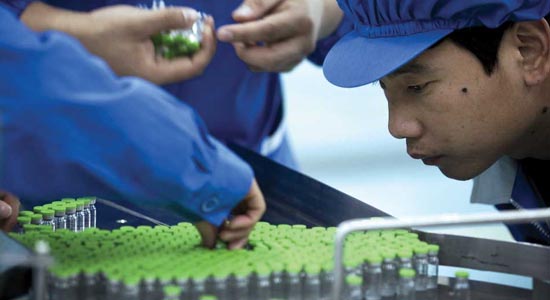 The number of death from the corona Virus, a deadly disease that has hit China has risen to 811 in the Mainland, the Chinese National Health Commission disclosed.

The epidemic has thereby surpassed the dreaded SARS, a global emergency disease that has caused a global scare in the early year 2000 also began from China.

According to the figure released by the commission, the Health Authorities recorded 33,738 confirmed new cases of the deadly virus.

Wuhan, located in Hubei province in the capital city of China where the disease was first recorded when it braked out last week, the commission added that the number of cases of pneumonia suspected to have caused by the same virus rose by 2,147.

Also, 81 new deaths were also reported over the last 24 hours in Hubei, bringing the total to 780.

The disease has spread to over 24 countries after the first victim was recorded, only two persons were reported to have lost their lives outside mainland China, a Chinese man in the Philippines and a man in Hong Kong the victims whom both visited Hubei.

The coronavirus a viral disease suspected to have broken out at a seafood market in Wuhan that reportedly sold exotic animals for consumption – similar to the outbreak of SARS virus that tormented 100s in early 2000.

It was linked to the consumption of civet cats, another exotic meat.

Both diseases have the same characteristics affecting the respiratory tract and of the same family.

Just in: President Buhari To Address Nigerians On Live Broadcast By 7pm Today

Just in: President Buhari To Address Nigerians On Live Broadcast By 7pm Today

Santiago Bernabeu Set To Be Use As Medical Storage Center

Santiago Bernabeu Set To Be Use As Medical Storage Center