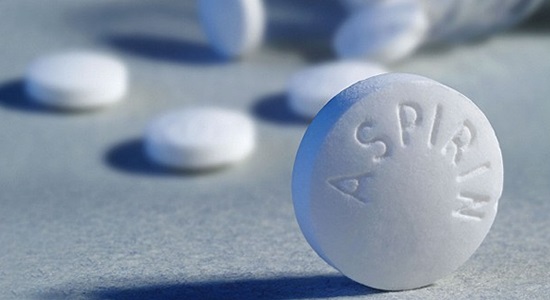 A new study has revealed that adults who've never had the cardiovascular disease could still be taking a daily aspirin to prevent heart disease, despite updated recommendations that say it may be unnecessary and possibly risky.

The new research provides a snapshot of how many adults were estimated to be using aspirin for the primary prevention of cardiovascular disease in 2017 -- before the new guidelines came out in March of this year. The research didn't evaluate whether people continued to take daily aspirin after the new guidelines were released.

Nearly 30 million adults in the United States age 40 and older and without cardiovascular disease reported using aspirin to prevent the disease in 2017 -- and millions did so without a physician's recommendation, according to the research, published in the journal Annals of Internal Medicine.

Among that same group, it's estimated that nearly half of the adult's age 70 or older without cardiovascular disease reported using daily aspirin for the primary prevention of the disease, according to the research. The new guidelines are that low-dose aspirin "might be considered for the primary prevention" of cardiovascular disease among select adults aged 40 to 70 who are at higher risk of the disease but not at increased risk of bleeding, which can be a side effect of aspirin.

Low-dose aspirin should not be administered for the primary prevention of cardiovascular disease among adults of any age who are at increased risk of bleeding, according to the guidelines.

In response to the new research, Bayer Aspirin spokesperson Dr Paul Gurbel said that a daily aspirin remains important for the secondary prevention of a heart attack or stroke.

"One of the concerns that I have, when I see this kind of work being published in the literature, is that it gets picked up by the lay press and that people who are on aspirin for secondary prevention stop their aspirin and that can be lethal," said Gurbel, director of interventional cardiology and cardiovascular medicine research at Inova Health System in Maryland, who was not involved in the new research.