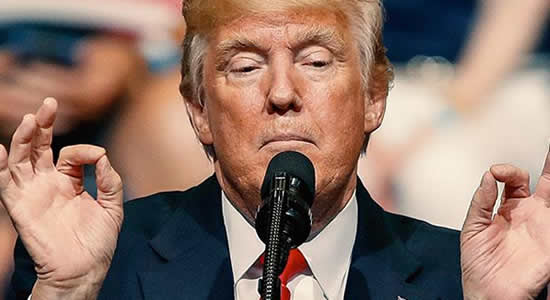 Coronavirus: US Cases Are Being Over Exaggerated – Trump

The United States President, Donald Trump has yesterday took to his tweet and revealed that the number of COVID-19 cases in the United States is being exaggerated. Trump blamed the exaggeration on the method adopted by the country’s health agency Centre for Disease Control (CDC), saying “ridiculous method of determination” by the Centres for Disease Control and Prevention (CDC).

According to President Trump, the causes of mortality of the Chinese Virus, as he popularly addresses the virus, is far exaggerated in the United States because of the ridiculous government method of determination when compared to other countries many of whom report, purposely, very inaccurately and low.

The tweet reads; “‘when in doubt, call it COVID.’ Fake News!”, Trump said.

However, health expert on the infectious disease in the country, Dr Anthony Fauci had debunked Mr Trump’s claim saying is baseless.

Fauci said, “There’s no running away from the numbers”, Fauci said in an interview with ABC News shortly after Trump’s tweet.

He added, “It’s something that we absolutely got to grasp and get our arms around and turn that inflexion down by very intensive adherence to the public health measures, uniformly, throughout the country, with no exception.

According to the health expert, the deaths are real, urging people to go to hospitals and the trenches and would realise the claim is real while applauding their health workers for their effort in containing the disease.

“They are under very stressful situations in many areas of the country. The hospital beds are stretched, people are running out of beds, running out of trained personnel, who are exhausted,” he said.

According to records from the John Hopkins University, as at Saturday, the US recorded case stood at 20.4 million cases with 350,775 deaths.

The country set another record on Saturday where it recorded 299,087 cases and 2,398 deaths on Saturday making it highest in the month.

Another health expert in the United State, Jerome Adam, a Surgeon also slammed Mr Trump's claim saying he has no doubt in the country’s records.

Meanwhile, Trump in another tweet blamed the US media for watering down his effort in the fight against the pandemic by his administration.

Trump said, “Somehow Dr Fauci is revered by the LameStream Media as such a great professional, having done, they say, such an incredible job.

“Yet, he works for me and the Trump Administration, and I am in no way given any credit for my work. Gee, could this just be more Fake News?”, he said.