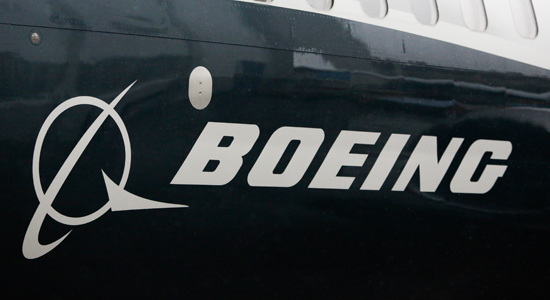 Boeing has cut spending aggressively by streamlining production, reducing payrolls and winding down development costs. Its 787 Dreamliner contributed about $530 million in cash in the quarter.

Boeing shares jumped 7.9 percent to $229.22 in early trading. The stock has soared 37 percent this year according to Reuter’s.

Boeing's cash from operations, at nearly $5 billion in the quarter, was roughly double estimates of about $2.5 billion.

"Monster cash flow," said analyst Robert Stallard at Vertical Research. The results were "about as close to perfect as it gets from Boeing," he added.

Boeing now needs to keep speeding up production of 737s, stay on schedule with 787-9 and 787-10 production and the transition to the 777X, a replacement for its 777 jetliner, said Ken Herbert, an analyst at Canaccord Genuity.

The extra cash allowed Boeing to add $1.5 billion to its 2017 operating cash flow forecast, now about $12.25 billion. Boeing will increase share buybacks this year by $3.5 billion, to about $10 billion. And it will make $3.5 billion in additional pension contributions this year to reduce future costs.

Boeing said it will cut full-year capital expenditure by $300 million, but that was expected since the company has made most of the big investments in its 777X wing factory and the 737 MAX and 787-10 programs, said analyst Richard Aboulafia at Teal Group.

The company lifted its full-year forecast for core earnings, which exclude some pension costs, by 75 cents to between $11.10 and $11.30 a share, its second upward revision this year.

Core earnings, which excluded some pension and other costs, were $2.55 per share in the quarter.

Analysts expected core earnings of $2.30 per share on revenue of $23 billion, according to Thomson Reuters I/B/E/S.