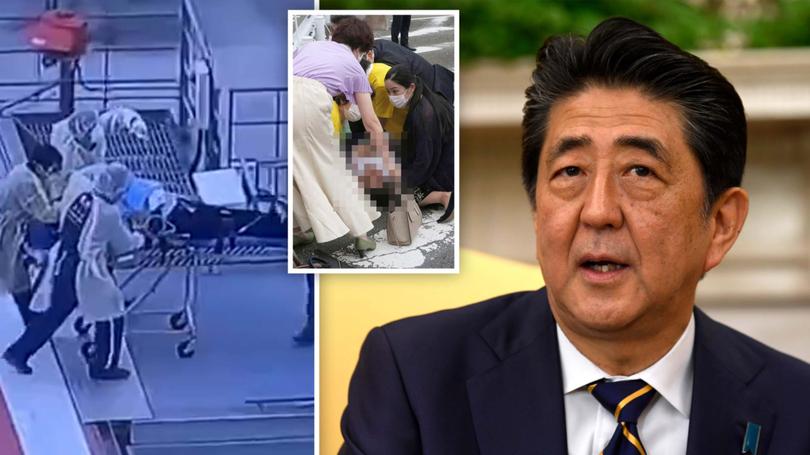 Former Japanese Prime Minister Abe Shinzo has been shot on the street in the Western prefecture of Nara, Japan, on Friday morning. Abe was making a speech for an election campaign in the city when he suffered a shot to the chest. He collapsed at around 11:30 a.m. after people on the scene heard what sounded like a gun going off twice. Police have arrested a man in his 40s, Yamagami Tetsuya in Nara on suspicion of attempted murder and retrieved what appeared to be a homemade gun, local media reports. Abe is the longest-serving Japanese Prime Minister in history. He stepped down as leader in 2020, for health related reasons.

latest information suggests that Abe may have died after suffering what experts termed cardiopulmonary arrest.

According to Prime Minister Fumio Kishida, Abe was fighting for his life on Friday after being shot at a campaign event. He condemned the attack referring to it as “absolutely unforgivable”.

“Abe was shot in Nara and I have been informed he is in a very grave condition,” Kishida told reporters after arriving in Tokyo by helicopter from the campaign trail.

“It is a barbaric act during election campaigning, which is the foundation of democracy, and it is absolutely unforgivable. I condemn this act in the strongest terms.”

Japan has near zero tolerance of gun ownership and one of the lowest rates of gun violence in the world, thus making attack on Abe particularly shocking.