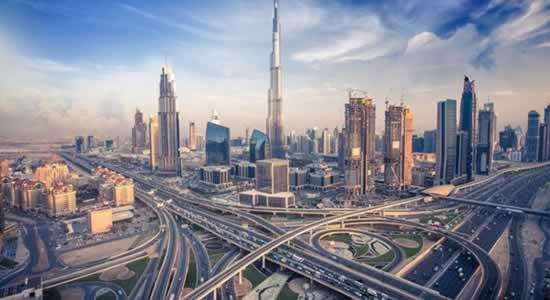 The United Arab Emirates (UAE) has declared Monday to Friday midday as the new work week starting from 1st of January 2022 while Friday afternoon, Saturday, and Sunday will form the new weekend. With this development, the UAE will become the first nation in the world to introduce a national working week shorter than the global five-day week. The UAE on Tuesday stated that its official workweek will move to Monday to Friday, a significant change that brings the Islamic nation home to major financial institutions in line with Western schedules. The decision, which is to take effect next month, will make the Gulf Arab federation join the likes of Lebanon and Turkey who follows a Monday-Friday workweek instead of the Sunday through Thursday week.

The working week will start on Monday and end by Friday afternoon. The working hours for federal employees are set to be from 7.30am to 3.30pm, with 8.5 working hours per day. On Friday, employees will work for 4.5 hours, while Friday sermons and prayers would be held after 1.15pm across the UAE all year long.

On Fridays, employees will also be allowed to choose flexible work or work-from-home options. The longer weekend is aimed at boosting productivity and improving work-life balance.

According to the authorities of the UAE, “The new working week will also bring the UAE’s financial sector into closer alignment with global real-time trading and communications-based transactions,” the government statement said, adding that the new schedule aims to “boost not only trading opportunities but also add to the flexible, secure and enjoyable lifestyle the Emirates offers its citizens and residents.”

Government employees would work a half-day on Friday, the traditional Muslim holy day, and then take Saturday and Sunday off. However, the announcement said nothing about whether private employers would similarly have to offer their staff the half-day on Friday.

The government shift likely will see private industry follow suit, as it did in 2006, when the workweek changed from Saturday to Wednesday — an Islamic workweek followed in some Muslim countries, such as Iran and Afghanistan. Dubai’s education authorities confirmed all private schools will move to the same working week on the first day of next year’s term.

The UAE, the region’s premier trade and finance hub, faces new challenges as Saudi Arabia ramps up its efforts to to lure foreign firms and investors as it seeks to wean itself off oil. The kingdom has told all multinational firms they must move to their regional headquarters to Riyadh or risk losing lucrative state contracts by 2024 — stirring tensions with less-conservative Dubai that long has enticed foreigners with special economic zones, quality schools, ritzy penthouses and a dizzying array of bars and restaurants.

To further boost its brand as a cosmopolitan hub as it battled the economic effects of the pandemic, the UAE has made a series of changes to its penal code, based on Islamic law, or Shariah. The overhaul has loosened regulations on alcohol consumption, decriminalized cohabitation of unmarried couples, relaxed stringent punishments for drug offenses and allowed foreigners to marry, divorce and inherit wealth based on their home country’s legal systems, among other things.

The country, where foreign residents outnumber locals nearly nine to one, also rolled out long-term residency options to talented professionals and their families, issued special visas to freelancers and remote workers and offered wealthier expats the chance to retire in Dubai.