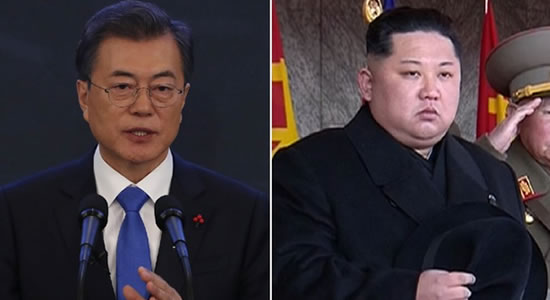 North And South Korea Restore Broken Communication After A Year

North and South Korea have restored communication channels between them following their leader’s agreement to improve ties. This is despite a 2 (year-stalemate in US-led diplomacy aimed at stripping North Korea of its nuclear weapons. The cheerful decision was made public in a statement by South Korea’s presidential Blue House and KCNA, the North’s state media agency. South Korean President Moon Jae-in and North Korean leader Kim Jong Un reached the agreement during several exchanges of letters since April. The two leaders agreed to “restore mutual confidence and develop their relationships again as soon as possible,” “Now, the whole Korean nation desires to see the North-South relations recovered from setback and stagnation as early as possible,” The official Korean Central News Agency said. “In this regard, the top leaders of the North and the South agreed to make a big stride in recovering the mutual trust and promoting reconciliation by restoring the cutoff inter-Korean communication liaison lines through the recent several exchanges of personal letters.”

The Blue House said the restoration of communication lines would have a “positive impact on the improvement and development of South-North relations”.

KCNA also welcomed the “positive effects” of the decision, which it disclosed represented “a big stride in recovering the mutual trust and promoting reconciliation”.

Last year, North Korea cut off all communication channels with South Korea in protest of what it calls South Korea’s failure to stop activists from floating anti-Pyongyang leaflets across their border. Some experts said the North Korean action hinted the North had grown frustrated that Seoul has failed to revive lucrative inter-Korean economic projects and persuade the United States to ease sanctions.